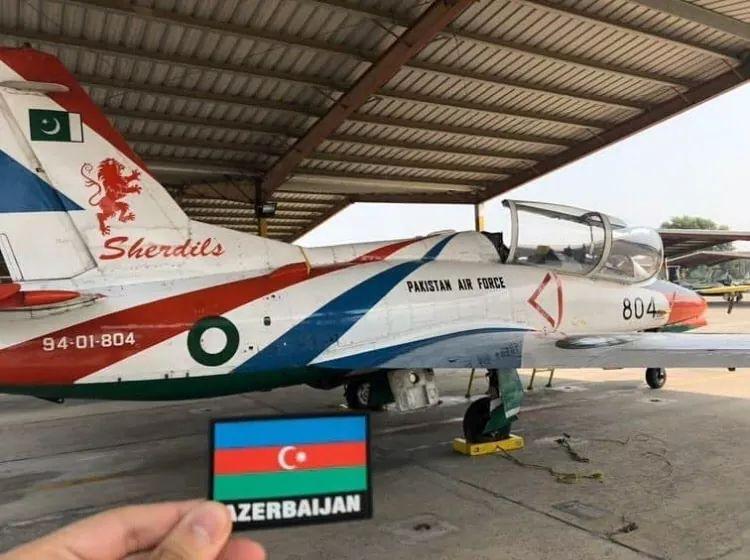 On April 7, a military delegation of Azerbaijan visited military facilities in Russian Federation and expressed Baku’s interest in purchasing next generation fighter jets, namely SU-35 and MiG-35 aircrafts. Reportedly, the delegation was briefed about tactical and technical characteristics of both aircrafts which are considered the most modern aircrafts of their kind. The advantages of Su-35 and MiG-35 are multi-functional and highly maneuverable combat aircraft belonging to the so-called “4++” generation. The flight range of the Su-35 is as far as 4,500 kilometers, while the MiG-35 can fly at a maximum of 3,500 kilometers. Both aircraft are equipped with new radar technology using target detection and digital defense systems of electronic equipment, which are compatible with all modern types of aircraft weapons.

The price tag for the Su-35 falls in the range of $83 million to $104 million, while the MiG-35 is estimated to cost around $45 million. Russia is Azerbaijan's second-largest defense partner, supplying 31 percent of the country’s overall arms imports between 2015 and 2019, according to 2020 data compiled by the Stockholm International Peace Research Institute (SIPRI). A total of 60 percent or the largest portion of Azerbaijan’s arms imports came from Israel during the same period.

In fact, Azerbaijan has long been eyeing the rapid modernization of its Air Forces by signing cooperation agreement with other countries in order to acquire new advanced technologies. However, it is essential to emphasis that Azerbaijani Air Forces is mostly equipped with Russian-made MiG-21, MiG-25, MiG-29 fighter jets in its fleet, in addition to the Su-17 fighter-bomber, Su-24, and Su-25 attack aircraft and the An-24 and An-12 military transport aircraft among others.

The news regarding new acquisition of Azerbaijan Air Forces came several months later of deployment of four Russian-made SU-30 aircrafts in Armenia in the end of 2019. Therefore, Armenian mass media and some Russian experts dubbed the new Russian - Azerbaijan jet deal as a “reciprocal decision” of the latter to ensure its military superiority over Armenia. On one hand, it is obvious that the costly operation of Su-30SM aircraft will be a serious burden for economically weak Armenia. In this regard, it is possible that Yerevan will receive the next batch of aircrafts and armaments at domestic prices as a member of CSTO.

Notwithstanding the fact, it is hard to link official Baku’s ambitions to boost its defence capabilities to Armenia’s recent imports of the Russian-made aircrafts, as Azerbaijan – Russian military partnership is not a new phenomenon. Prior to the most recent agreement, the acquisition of the so-called fifth-generation Russian jet fighter – Su-57 was discussed during the Sochi meeting of Azerbaijani and Russian presidents in October 2019, but no further steps were taken on the issue.

Obviously, Azerbaijan fully apprehends that ensuring military superiority, in particular its Air Forces is highly depends on variety and quality of deployed vehicles in air fleet. Therefore, it should no come as a surprise that Azerbaijan held several negotiations with Pakistan in order to receive new JF-Thunder (also known as the FC-1 Xiaolong), a multi-functional aircraft that was jointly developed by Pakistan and China. The aircraft has been displayed in Baku for the first time during ADEX 2016 exhibition.

The JF-17 aircraft had been produced as an affordable and modern replacement to French-made Mirage III and F-7 interceptors. Although the technical characteristics of the aircraft were sufficient enough, some foreign experts especially in India raised doubts regarding the aircraft’s capabilities in conflict zones. However, these doubts were quickly demolished following the recent India – Pakistan border skirmishes erupted in February 2019. During this incident, Pakistani Air Forces (Jf-17 and F-16) shot two Indian aircrafts (Russian MiG-21 and Su-30MKI) with one Indian pilot being captured. As a result, Pakistani aircraft has successfully completed its tasks. Nevertheless, due to “some uncertain” reasons, the export of JF-17 aircraft to Azerbaijan cannot be launched. Another advantage of JF-17 is that it is cheaper compared to Russian aircrafts.

To conclude, Azerbaijan clearly seeks to boost Air Forces as well as military personnel capabilities by signing new cooperation agreements mostly with countries like Russia, Turkey, and Israel. The efforts of official Baku in purchasing the Russian Mig-35 and Su-35 aircrafts is indeed aimed at strengthening positions for future possible conflict escalation in Nagorno-Karabakh. Moreover, the significant increase of military budget by 20,9% (up to $2,3 billion) in 2020 enables Baku to get more advanced and wide-range of military equipment.

Fuad Shahbazov is an independent analyst in regional politics and security based in Baku, Azerbaijan.