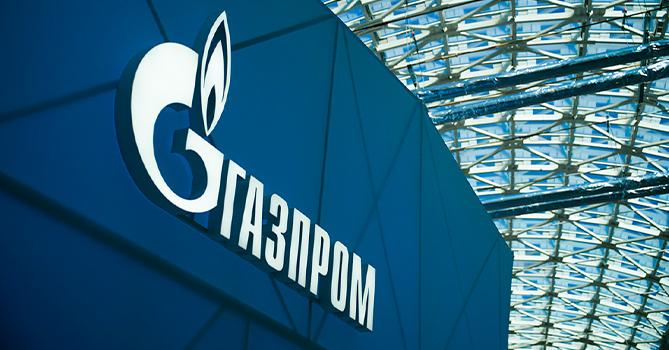 Russian gas price never has merely economic significance for Armenia. Since the early days of independence it was perceived as an indicator of bilateral relations and Russian government attitude towards Armenian authorities. Any price increase was interpreted as a clear sign of Russia’s discomfort or as a direct warning that Kremlin is not satisfied by Armenian policy. The 2018 “Velvet revolution” in Armenia created negative expectations on the perspectives of the bilateral relations. Common wisdom was telling that Kremlin did not like revolutions in Post – Soviet space viewing them as mainly Western orchestrated events to decrease Russian influence. The first actions of the new government including arrest of the second President of Armenia Kocharyan (who is largely perceived as may be the most pro-Russian figure in Armenian politics and has personal friendship with Russian President), as well as criminal investigation against the incumbent CSTO Secretary – General Yuri Khachaturov, which in Russia was perceived as deliberate action to taint the image of organization, seemed to prove the negative expectations. The Russian decision to increase by 10 percent the wholesale price for Russian gas from 150 to 165 USD per 1000 cubic meters in January 2019 was perceived as a warning message to Armenia. On December 31, 2019 an agreement was signed to keep the 165 USD gas price for Armenia till the end of 2020.

It should be mentioned that Armenia annually imports approximately 2 billion cubic meters gas from Russia and the domestic distribution network is owned by “Gazprom Armenia”, a 100 percent subsidiary of Russian Gazprom. Armenia imports gas also from Iran via Iran – Armenia pipeline, (567 million cubic meters in 2018) but 100 percent of Iranian gas is being used to produce electricity which then is exported back to Iran within ‘Gas for electricity” agreement.

After 10 percent increase of Russian gas price Armenian government has managed to get an agreement with Gazprom Armenia that there will be no price increase for domestic consumers in 2019, neither for industry nor for households. Gazprom Armenia agreed to cover the difference from its own profits (mainly by decreasing planned investments and other costs by approximately 32 million USD) hinting that price increase would be inevitable in 2020. In mid January 2020 the chairman of the Armenian public services regulatory commission stated that most probably Gazprom Armenia will apply to the commission suggesting gas price increase.

Meanwhile, since March 2020 Armenia has embraced for COVID-19 outbreak. The government declared one month national emergency on March 16 which was extended till May 14. Strict lockdown measures were implied on March 25 and April 1. The simultaneous suspension of global and Armenian economy will have serious negative impact on the population. The independent experts are predicting 3-11 percent GDP decline in 2020 while IMF assessment is 1.5 percent. Simultaneously, oil prices have suffered their biggest fall since the 1991 on March 9 and despite recent OPEC+ agreement to slash the production by 9.7 million barrels a day world has entered the long trajectory of low oil prices.

The upcoming economic crisis and oil price crash has triggered a debate in Armenia that it is time to ask Russia to reduce the gas price. The problem was discussed by Armenian Prime Minister and Belarus President Alexander Lukashenko during their phone talks on March 31. Both leaders complained of high Russian gas prices emphasizing that they didn’t correspondent to world trends and current economic situation. On the same day Armenian Deputy Prime Minister Mher Grigoryan sent a letter to Gazprom Chairman Alexey Miller and suggest to start negotiations on decreasing the Russian gas price and to discuss the possibility of paying for gas in Russian rubles. Just the next day, on April 1 Gazprom Armenia officially applied to the Armenian public services regulatory commission suggesting to increase by average 11 percent the gas price for households and businesses starting from July 1, 2020. Gazprom itself answered Grigoryan letter stating that has price issue will be discussed at the level of two governments.

The sequence of events – Pashinyan-Lukashenko phone talks, Grigoryan’s letter to Miller and the Gazprom Armenia application for domestic price increase – created confusion in Armenia. Obviously any increase in domestic gas price will multiply negative impact of upcoming economic crisis and put additional pressure on Pashinyan. Thus, this may be interpreted as another warning towards Armenia that despite Pashinyan’s all efforts to prove that he has no hidden anti-Russia agenda, Kremlin is not fully satisfied with current situation in Armenia. Of course, since 2019 Gazprom Armenia has hinted that is going to apply for domestic price increase in 2020, but the COVID-19 outbreak could convince Gazprom Armenia to postpone that decision.

The March 31 Pashinyan-Lukashenko phone call was perceived by many as an attempt to create ad hoc anti-Russia coalition. Given the growing Russia – Belarus tensions as a result of Lukashenko’s rejection of the Russian offer to speed up the establishment of the Russia – Belarus Union state, most probably it was not a wise step by Armenian leader to seek put indirect pressure on Russia through its gestures towards Lukashenko. The immediate response by Gazprom Armenia may be perceived as a clear signal of Russian resentment. In any case, the increase of domestic gas price in July 2020 will put additional pressure on Armenian economy, raise social tensions and will be another proof of growing lack of trust between Russian and Armenian leadership.

Dr. Benyamin Poghosyan is the Executive Director of Political Science Association of Armenia, Chairman at the Center for Political and Economic Strategic Studies in Yerevan, Armenia.