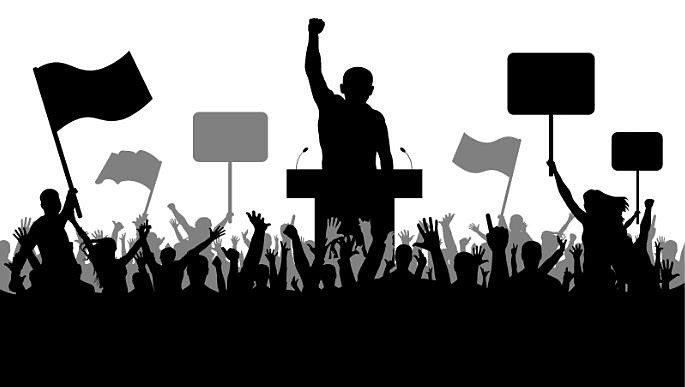 The national politics in Eastern Europe and South Caucasus, increasingly more strikingly, reflects the global trend that has recorded a double growth in the number of populist leaders between 2000 and 2018 worldwide. Some observers relate the rise of right-wing populism in Eastern Europe with the disillusionment caused by the failure of the national governments to deliver the promises of the liberalization in the post-communist era. For those people, the attempts to materialize a rapid westernization, which was supposed to transform the regional countries into “freer, more prosperous and above all, more western countries” produced counter-productive results and triggered a backlash from the populists who declared revenge against western liberalism rejecting the idea of imitating the west. For others, this is a flawed analysis of the trend and ignores the role of transnational ultraconservative networks in the process. It is argued that “Rightwing populism rises globally, thus we should view the illiberal tendencies in Eastern Europe not as peculiarity, but a transnational trend”.

In the South Caucasus, the easternmost spot of Europe, the region inflicted with numerous interethnic conflicts, the picture is even more complex. Alongside domestic socio-political and economic problems which are abused by the populist politicians to push their agenda, the societal exasperation vis-a-vis the neighboring countries aroused from the ethnic, religious or territorial disputes provides favorable ground for the rise of populism. Although it is often ignored in the local and international analyses on the origins of the populist surge, the history of the last few years demonstrated that both domestic and external concerns in the societies of the regional countries are impactful in the rise of this trend.

The three regional countries – Armenia, Azerbaijan and Georgia – are, however, not identical in this context regardless of the similar historical process they had gone through for a while in the wake of the disintegration of the Soviet empire they all once belonged to. While the existence of centralized political system in Azerbaijan has not allowed the political groups armed with populist platforms to take a leading role in domestic politics, such groups in Armenia and Georgia have developed through a different path, sometimes with a covert or overt support from the central governments.

The latest parliamentary elections, apart from its importance as a critical stage of the political and economic reforms Azerbaijan has been making since a few months, served also as a test for the political discourses prevalent in the country. Tellingly, right-wing populist elements did not take a central place in the platforms of any prominent candidates or political parties campaigning for the highest legislative body of the state in the majoritarian system. Prior to the elections, most of the candidates built their agenda on the basis of the socio-economic concerns of the people, and there have been no local or external observation of the noticeable reflection of the above-described populist tendencies in the Azerbaijani politics.

Right-wing populism has apparently taken a stronger foothold in Armenia and Georgia as often alarmed by international observers. In one of its latest reports about Eastern Europe, Freedom House characterized the situation in these two countries as a “serious concern”. The report states that “While Ukraine’s far right is already highly professionalized and visible in society, similar movements in Georgia and Armenia are gaining momentum, and face few barriers to their continued rapid development.”

Populism and right-wing movements have long been present in the Georgian politics but slowly gain a particular strength by combining the two approaches in a single agenda. This has triggered extensive public debates about the nature of populism in Georgia. A latest report by the Georgian Institute of Politics, identifies populist groups both from the left and right wings of the political spectrum in Georgia, whereas it concludes that “right-skewed populism” seems more dominant and is a parliamentary force unlike left-wing populism.

The rapid growth of such groups in popularity was first felt in 2016 parliamentary elections which brought the Alliance of Patriots of Georgia, a commonly known as a right-wing populist party, to parliament by a small margin, while several liberal parties missed the 5% threshold.  The parallel growth and increasing visibility of far-right groups (e.g. the Georgian March, Georgian National Unity, etc.) in the country proved the transition of right-wing populism from the ideology of marginal groups into a matter of Georgia’s high politics.

The surge of right-wing populism has become much more dominant in Armenia and led the international observers to characterize the political tendencies in the country dangerous. The above-mentioned Freedom House analysis reports that “Armenian society has many of the characteristics that have proven to be fertile ground for budding far-right movements.” For example, a new movement named Adekvad, which started as a Facebook group and later registered as a political party in May 2019, calls for ultraconservative and nationalistic policies, pushed partially by the “conflict-driven animosity… primarily directed towards historical foes Azerbaijan and Turkey”. However, the report mistakenly focuses only on the groups that are not represented in the government, ignoring the impact of the increasingly nationalistic narrative of Prime Minister Nikol Pashinyan on this process.

Armenia’s new Prime Minister who came to power through a public upheaval in May 2018 failed to live up to the expectations for progressive developments in domestic and foreign policies of his country. His recent attacks against the judiciary, among others, are seen as “very concerning” by the Armenian experts and international observers. Tellingly, against this worrying backdrop, Pashinyan jumps to the populist rhetoric of which the most notorious example was marked last year in Khankendi/Stepanakert, part of the Armenia-occupied internationally recognized territories of Azerbaijan in Nagorno-Karabakh. Not only did he call for the unification of Karabakh and Armenia, but also declared unrealistic goals, such as FIFA World Cup, GDP increase by 15 times, development of at least five technology companies whose value exceeds $10 billion, and reaching the top twenty countries by the army’s combat readiness index and top ten countries in the intelligence service.

This stance of the Armenian government has dangerous implications not only for the country’s troubled conflict with Azerbaijan but also for its relations with Georgia.  It has been recently reported that his push to more nationalist statements in foreign policy narratives encourages nationalistic groups of Armenia to more effectively support ethnic Armenians in Georgia’s Javakhetia region. This support offered by Yerevan has the potential to revitalize the old inspiration of those Armenians in Georgia to fight for unity with Armenia. This poses another secessionist challenge to Georgia that has already lost control over the two breakaway regions – Abkhazia and South Ossetia – in the wake of 2008 war.

These concerning developments demonstrate that the rise of right-wing populism in the world appears to gradually evolve to be a matter of daily politics also in the South Caucasus and risk to make the region increasingly more prone to confrontations and possibly military clashes, apart from imminent interstate confrontations.

Vasif Huseynov is a PhD graduate from the Georg August Universität Göttingen and analyst at the Center for Analysis of International Relations in Baku, Azerbaijan