David Babayan: If the acting president was against my nomination on presidential elections, I would resign 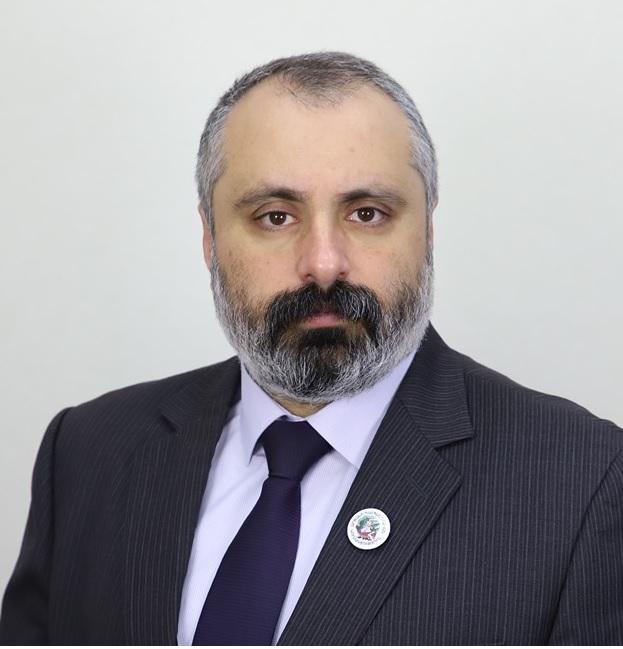 On March 31 presidential and parliamentary elections in the unrecognized Nagorno-Karabakh Republic were held simultaneously. The timing and context of the elections are very interesting, meaning COVID-19 pandemia in Azerbaijan, Armenia aand Iran, as well as the political background of the electoral process. The elections were not recognized by the European Union. David Babayan is the director of the Head Information Department of the Presidential Administration of Nagorno-Karabakh Republic since December 23, 2013. At the same time, he is the founder and chairman of the Conservative Party of Artsakh. He was among the candidates running for the presidency, but could not get to the second round. Our editor Plamen Petrov had an interview with him, which we deliver to your attention.

Mr. Babayan, you were among the candidates running for the presidency during the March 31 elections. Bearing in mind that you are at the same time deputy head of the President's Administration, I would like to know if you have coordinated your nomination with the president?

I have been working in the Administration for 19 years and I think that these years are very important in my career. In general, I think that the best indicator of the professionalism and ethic qualities of political leaders is their service in state bodies, conduct responsibilities in the best manner, following the law and staying clean.

Coming to the issue of coordination of my nomination with the president - I had informed him. I think that is correct in professional and personal terms. I have been working with him for 13 years. It would be incorrect to let him know about my decision from media. By the way, I had informed not only him, but all those whom I am working with, colleauges, friends, relatives, They had to know about my decision from myself.

But I did no get any "yes" from him, concerning my nomination. Yes, I am part of the Administration, but I am not a puppet, and my decision was independent. If the president was against, I would resign.

What do you think about the first round of the elections? There were serious violations. Has the so called "administrative resource" been used, so often mentioned by experts in the post-Soviet space? there was a protest on Sunday, they protested against the violations.

In general the elections were normal. There were some violations, bu they did not play the key role in terms of the result.

The second round was about Araik Harutunyan and Masis Mailyan. Is this about personalities or there are also serious conceptual differences beteen the both? First - what is the difference between them in terms of geopolitical orientation? And also - their views on social and economical development of the republic.

Any competition among candidates for presidency includes personal and conceptual components. These two politicians have much in common. But their programs, background and worldviews are very different. I don't think it is appropriate for me to evaluate this publicly, being the leader of another independent political party.

About the role of Yerevan - can we say that the elections have become the next phase of the revolution that took place in Armenia in 2018 and changed the political landscape so much? The old guard, those from Karabakh, are giving their positions away, both in Armenia and Nagorno-Karabakh.

The Republic of Artsakh is part of our common Motherland, but these are different states. That or another political process in Armenia and Artsakh can intermingle, of course. Nevertheless, the political space in Artsakh is independent, autonomous, and the political processes here are based on domestic dynamics. Influence from outside is not that critical.

There is the first case of COVID-19 infection in Nagorno-Karabakh already. Masis Mailyan said that the second round shoud be postponed. How huge is the influence of COVID-19 factor in terms of the electoral legitimacy?

I think that the people's health is the major imperative. If some political process can influence the public safety negatively, we have to bear that in mind first of all, naturally. But the issue should not be overpoliticized. Speculations are irrelevant. And immoral. The decision must be taken by the Ministry of Health and by professional only, not political.

Recently statements have been made about the influence of the Soros group on the election process. They say rejection to Masis Mailyan to enter the Russian Federation is a sort of negative expression concerning this candidate from Russia. What do you think, can Mailyan's statement about his refusal to take part in the second round influence the electoral legitimacy?

Officially Masis Mailyan has not withdrawn his nomination. Even if one of the candidates withdraws, the second tour must take place. that is according to our legislation. As for legitimacy or illegitimacy, it is not about the voting process, it is about the perception of the society concerning this or another leader, and this expresses itself in the leadership process. When exactly this happens - only time can show.