Benyamin Poghosyan: The Karabakh elections go to second round on 14 April 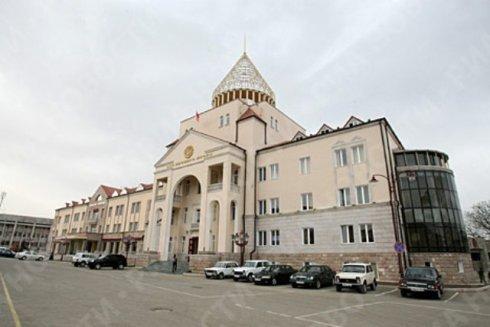 Elections were held in Nagorno-Karabakh on 31 March but since no candidate secured the necessary amount of votes a run-off is now expected between the two leading candidates in two weeks time. CCBS brings to your attention Benyamin Poghosyan's recent article, published on commonspaces.eu and dedicated to the recent elections and relations between Yerevan and Stepanakert.

On March 31, 2020 Presidential and Parliamentary elections were held in Artsakh (Nagorno Karabakh). Elections are not something new for Karabakh. Since the mid-1990s regular general as well as local elections have been held there. However, this time almost everything was different, such as the record number of candidates (14 running for the office of President and 10 parties and 2 blocks for Parliament) and the fully proportional electoral system. However, the key difference was the ambiguity of the position of Republic of Armenia's leadership. Till now everyone both in Armenia and Karabakh was well aware what candidate was supported by official Yerevan. This time the Armenian political leadership including Prime Minister Nikol Pashinyan avoided to publicly support any contender.  Yet, the "Velvet revolution" in Armenia has created new nuances in the relations between the Armenian political elite and Karabakh leaders.

The incumbent President of Karabakh, Bako Sahakyan, has held office since 2007 being elected twice through direct vote, and the third time by Parliament in 2017, for a three years transitional period as specified in the new Karabakh constitution approved in a referendum in February 2017. He was perceived as a staunch ally of the second and the third Presidents of Armenia, Robert Kocharyan and Serzh Sargsyan, and the fact that Kocharyan was arrested in July 2018 and remains in jail, could not positively contribute to the atmosphere between Armenia and Karabakh.

Bako Sahakyan, alongside with another former Karabakh President Arkadi Ghukasyan appeared in the court and presented personal guarantees for Kocharyan's release in May 2019 which raised controversial feelings among Armenia's new leadership. Almost immediately after the Velvet revolution in Armenia demonstrations erupted in Stepanakert, capital of Karabakh, demanding political changes, and the situation calmed down only after President Bako Sahakyan's public announcement that he was not going to run for office in 2020 (the constitutional amendments of 2017 provided him such possibility by annulling his two previous terms). Thus, many experts were viewing the 2020 elections in Karabakh as an opportunity for a transition of power from the so called old elites connected with former Armenian leadership, to the new ones.

There were three key contenders in the 2020 Presidential elections: Arayik Harutyunyan, the richest man in Karabakh, a former Prime Minister and State Minister from September 2007 to June 2018, and who more recently served as President Bako Sahakyan's advisor from July 2018 to February 2019; General Vitaly Balasanyan, a war hero who served as Secretary of Karabakh Security Council from November 2016 to June 2019; and Minister of Foreign Affairs, Masis Mayilyan, who assumed office in September 2017. Mayilyan run against Bako Sahakyan in the 2007 and Balasanyan in the 2012 Presidential elections.

Arayik Harutyunyan had close relations with both Robert Kocharyan and Serzh Sargsyan, however, after the Velvet revolution in Armenia, and his resignation as State Minister,   Harutyunyan publicly endorsed the revolution and the policy of the new Armenian Prime Minister Nikol Pashinyan, presenting himself as a candidate favorable to the new Armenian leadership.

General Balasanyan also had good relations with the two former Presidents of Armenia and during the electoral campaign has strongly criticized Prime Minister Pashinyan's position on Karabakh. In July 2016 he was the key mediator between the Armenian authorities and the 'Daredevils of Sassoun" group during the two weeks hostage crisis in Yerevan after the group stormed a police station.

Probably Masis Mayilyan had less personal connections with the  previous Armenian leadership, although it is obvious that he could not have been appointed Karabakhi Minister of Foreign Affairs in September 2017 without the tacit consent of the then Armenian President Serzh Sargsyan. However, Mayilyan participated in these elections with the vision of a "New Artsakh", replicating Pashinyan's "New Armenia" slogan. He was supported by the former Karabakh Defense Minister General Samvel Babayan. Babayan was the de facto strong-man of Karabakh in the 1990s but was arrested and accused of organizing an assassination attempt against then Karabakh President Arkadi Ghukasyan in March 2000. In 2001 he was sentenced to 14 years jail term but was pardoned by Ghukasyan in 2004, and by and large disappeared from politics till the April 2017 Parliamentary elections in Armenia. At that point he emerged as a supporter of one of the opposition alliances, but was arrested in March 2017, weeks before Election Day, and was released in June 2018 after the Velvet revolution.

There was thus an ambiguity regarding the preference of the Armenian leadership during these elections, and it cannot be excluded that some in Pashinyan's circle were supporting Arayik Harutyunyan, and others, mostly those who are perceived as pro western forces with strong connections with different Western NGOs before the Velvet revolution, backed Mayilyan.

The information that the Russian special services banned Mayilyan's entry into Russia, disseminated several weeks before the elections, put additional geopolitical context to the contest. Mayilyan denied that information as "fake news", but definitely the news added additional doubts concerning his 'pro-western" attitude, and his possible connections with some in the West.

The COVID - 19 outbreak has brought additional uncertainty into the campaign. Many figures, including Vitaly Balasanyan and Masis Mayilyan asked the authorities to declare a national emergency, and postpone the elections. However, the government rejected these calls arguing that all necessary measures would be taken to prevent the virus spreading as a result of the voting process. It should be noted that as of April 1 no COVID - 19 cases have been reported in Artsakh, although Armenia had 571 cases and lock down was declared there on March 24.

Prior to the elections rumors circulated concerning a vote-buying process organized by Arayik Harutyunyan, which was vehemently rejected by the candidate.

Given the number of candidates many experts were confident that a run-off was inevitable, and the only question was who will compete with Arayik Harutyunyan: Mayilyan or Balasanyan? The results confirmed these assessments, though Harutyunyan was very close to winning outright, securing 49.26% of votes, while Mayilyan received 26.4% and Balasanyan 14.7%. Thus, according to the electoral legislation, given that none of the candidates secured the support of 50% +1 of votes cast, a run off will take place on April 14.

In the Parliamentary elections five parties and blocks have overcome the 5% threshold for parties and 7% for blocks. The Harutyunyan led block will have 16 MPs, Samvel Babayan led "United Motherland" party 9 MPs, Vitaly Balasanyan's "Justice of Artsakh" party and Armenian Revolutionary Federation will have 3 MPs. The party of National Assembly speaker Ashot Ghulyan, who has held this role since 2005, will have 2 MPs. However, it should be noted that the 2017 constitutional amendments created a "Super Presidency" system in Karabakh, and Parliament has limited power.

Thus, Karabakh prepares for the run off elections between Arayik Harutyunyan and Masis Mayilyan, scheduled for April 14. Given the growing COVID - 19 crisis elections may be postponed, but the Karabakh authorities appear inclined to organise the run-off as scheduled.

We may assume that as before the Armenian Prime Minister will avoid to publicly endorse either of the candidates. Arayik Harutyunyan has already stated that as long as General Vitaly Balasanyan does not change his attitude towards the current Armenian government, there could be no formal cooperation with him.

As for the other candidates who received more than 2 percent of votes, namely the Speaker of Parliament, Ghulyan, and the representative of the Armenian Revolutionary Federation Davit Ishkhanyan, they will either remain neutral or support Harutyunyan. Given that, Arayik Harutyunyan is better positioned to win the second round of elections than is Masis Mayilyan.

Dr. Benyamin Poghosyan is the Executive Director of Political Science Association of Armenia, Chairman at the Center for Political and Economic Strategic Studies in Yerevan, Armenia.