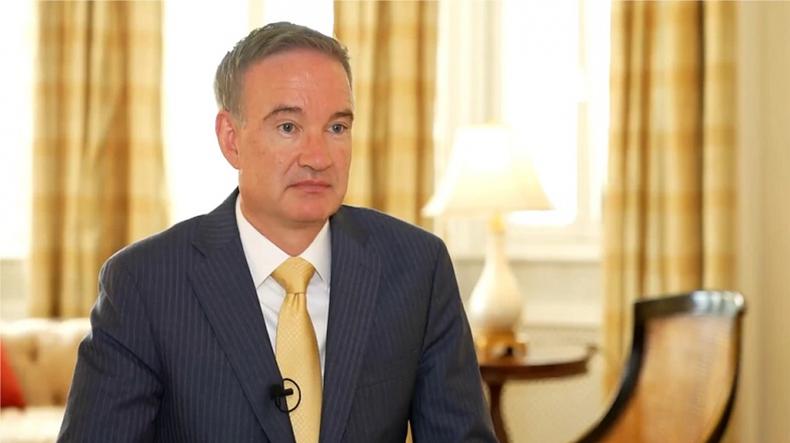 The United States is “very keenly interested” in securing a peace deal between Armenia and Azerbaijan, Ambassador Michael Carpenter, the U.S. Permanent Representative to the Organization for Security and Cooperation in Europe (OSCE), told a press briefing on Tuesday.

His comments came in response to a question about whether the U.S. plans to bring the Armenian and Azerbaijani foreign ministers together during the 29th OSCE Ministerial Council in Łódź, Poland on December 1-2 after Azerbaijan rejected peace talks involving French President Emmanuel Macron.

“On your third question on the diplomacy between Armenia and Azerbaijan in pursuing an agreement that would bring peace to the region and normalize relations, as you know, the United States is very keenly involved in this process – I should say very deeply involved in this process, very keenly interested in securing a peace agreement, and we will continue to look for ways to bring the ministers and the leaders together,” Carpenter said.

“It’s no secret that we’re working very closely with our EU partners on this and looking at also deploying the toolkit of the OSCE, which did deploy a needs assessment team to the Armenian side of the Armenian-Azerbaijani border at Armenia’s request, but also supporting very much the EU efforts on the border.

“Our objective is simple: We would like to see the border delimited as soon as possible; we would like to see a peace agreement agreed between the two sides as soon as possible so that peace and stability comes back to the region, the human rights and the security of all individuals living in this region are respected, and we can turn a new page in the history of the South Caucasus. Obviously it’s going to take some time to get to that end state, but we’re committed to doing everything we can to support that outcome,” the envoy noted.