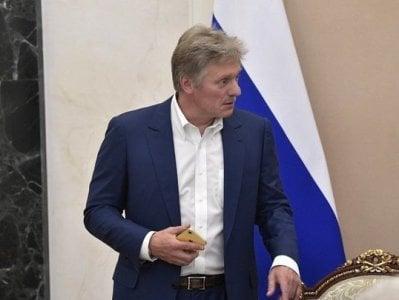 The leaders of Armenia and Azerbaijan are not scheduled to meet in Russia in the near term, Russian presidential press secretary Dmitry Peskov told reporters, RIA Novosti reported.

"Not in the near future," Peskov said when asked about plans for a meeting between the leaders of Armenia and Azerbaijan in Russia in the near term.

Russia is continually working to normalize relations between Armenia and Azerbaijan as soon as possible, including the preparation of a peace treaty, Peskov added.

Earlier, Azerbaijani President Ilham Aliyev said that the meeting with Armenian Prime Minister Nikol Pashinyan in Brussels, scheduled for December 7, would not take place. He was not satisfied with Yerevan's condition for French President Emmanuel Macron's participation in the meeting.

"Russia is not that ready, Russia has constantly stated that it continues to work to help the two states resolve the situation... and in the signing of a peace treaty," Peskov said, responding to a question about whether Russia was ready to offer its platform for negotiations.