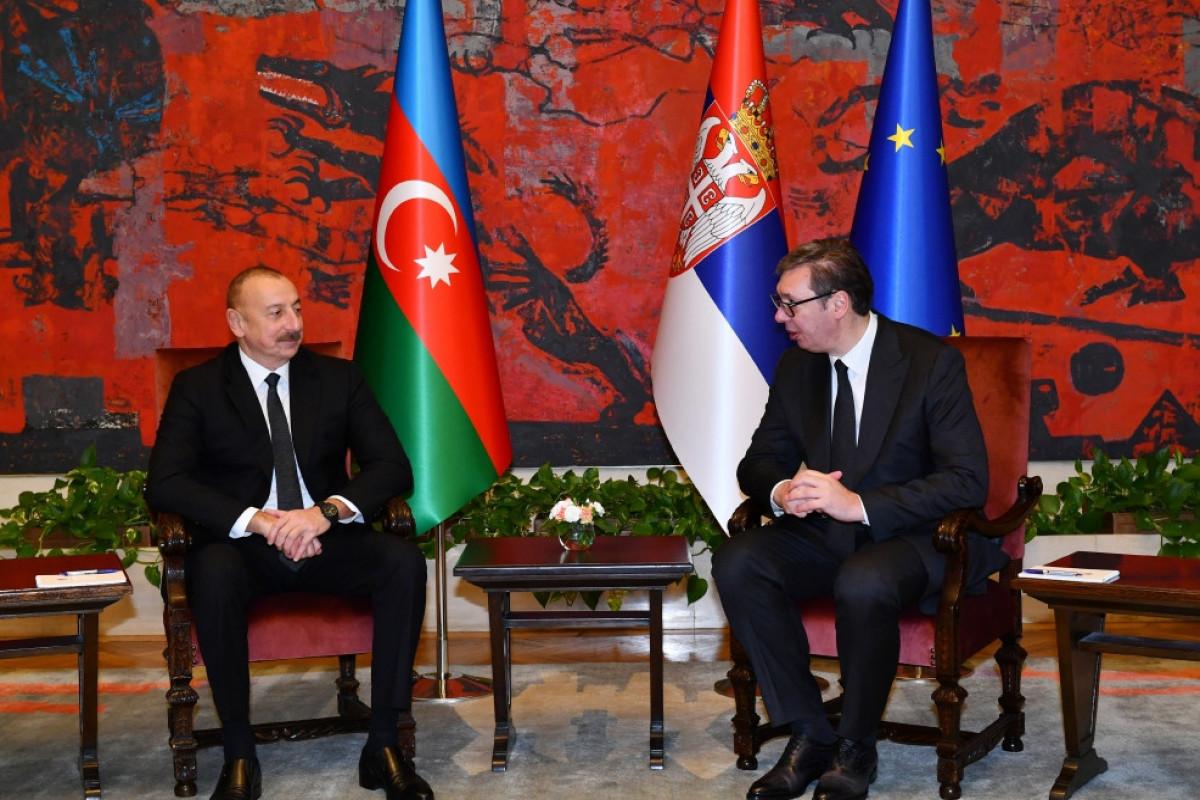 A package of Azerbaijani-Serbian documents was signed on Wednesday in Belgrade following negotiations between the leaders of the two countries - Ilham Aliyev and Alexander Vucic.

The Presidents signed a Joint Statement and a Memorandum on the Establishment of a Strategic Partnership Council between Azerbaijan and Serbia.

The Interior Ministers signed an intergovernmental agreement on readmission.

An intergovernmental agreement on cooperation in the field of social security was also signed.

The parties also signed a memorandum on the recognition of certificates of the International Convention on the training of seafarers, the issuance of diplomas and duty.