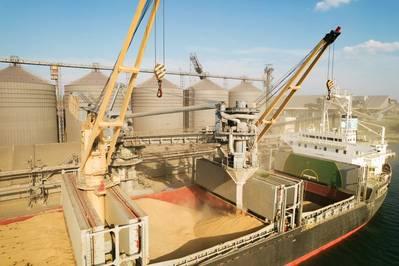 Russia announced that it is returning to implementation of the grain export deal, the Russian Defense Ministry said in a statement on Wednesday.

According to the ministry, it became possible through the mediation of the United Nations and Turkey.

"We managed to receive written guarantees from Ukraine that it will not use the humanitarian corridor and Ukrainian ports involved in the export of agricultural goods to conduct military activities against Russia, which were sent to the Joint Coordination Center on November 1, 2022," the statement reads.

The ministry emphasized that Ukraine had officially assured Russia that "the maritime humanitarian corridor will be used in strict compliance with the ‘Black Sea Initiative’ and the related provision on the Joint Coordination Center."

"Russia believes that the guarantees received at this point seem to be sufficient and resumes the implementation of the agreement," the Defense Ministry said.

On October 29, the Russian Defense Ministry announced the suspension of the agreement to export agricultural goods from Ukrainian ports.