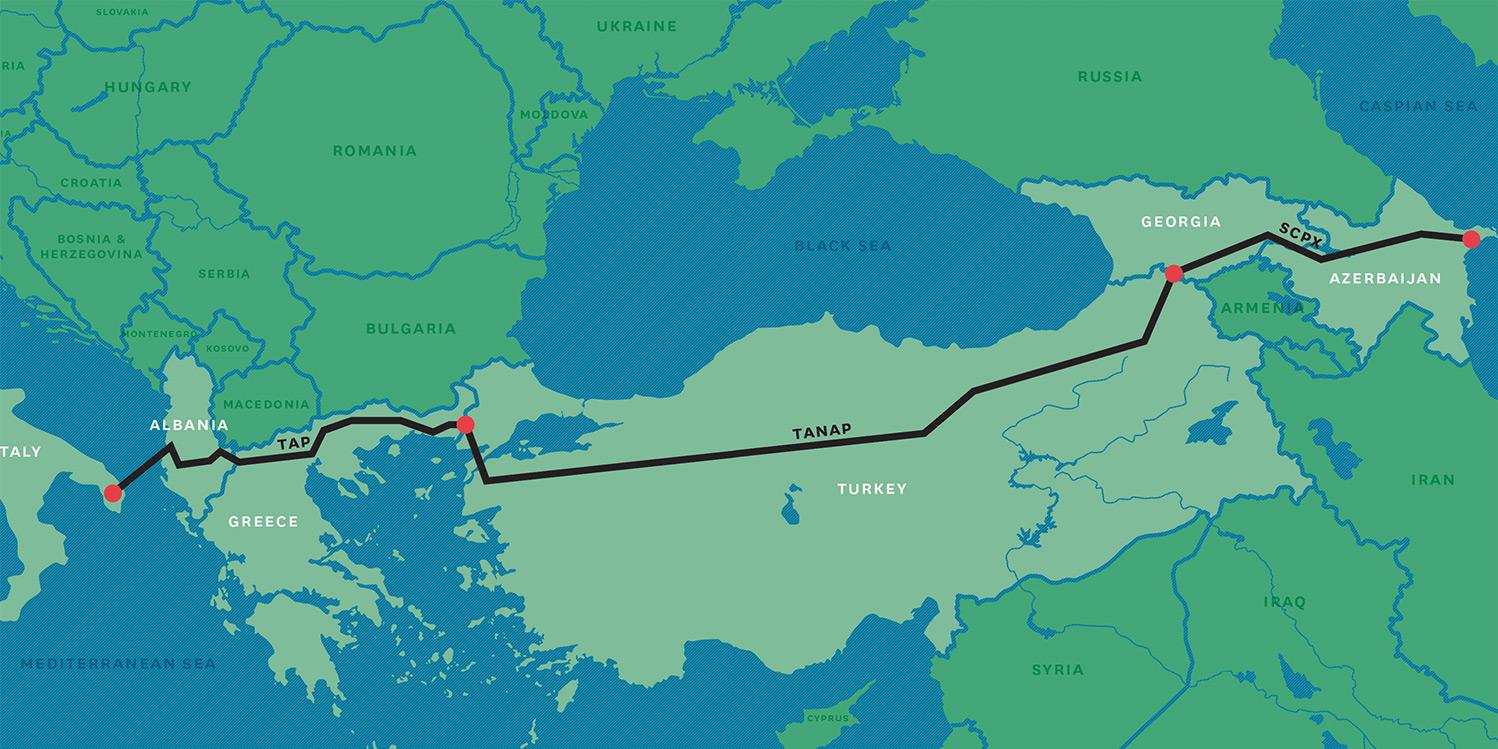 The United States Government has strongly supported the Southern Gas Corridor for more than a decade because of the contribution it will make to European energy security and to the political and economic integration of the Caspian region with the West, Nathan Reich, Energy Diplomacy Officer, Bureau of Energy Resources, US Department of State, told Trend.

He pointed out that by just about any standard, the project is a major political and commercial accomplishment.

"Once completed, it will stretch 3,600 kilometers and connect six countries – Azerbaijan, Georgia, Turkey, Greece, Albania, and Italy. It will have involved a dozen or so major international oil and gas companies and investments of around $40 billion deployed over many years, as well as cooperation across cultural, business, and political lines, technological innovation, and coordinated strategic thinking from Washington D.C. and Brussels to Rome, Tirana, Sofia, Athens, Ankara, Tbilisi, and Baku," said the energy diplomacy officer.

Reich believes that through the Interconnector Greece-Bulgaria, the Corridor could also significantly diversify the gas imports of European countries.

"We should keep in mind that the Corridor is expandable. If additional natural gas resources are developed in Azerbaijan, in Central Asia, Iraq, or elsewhere in the region, they too could be exported to European markets via this route. This would contribute to European energy security while generating new long-term sources of export revenue for suppliers.

So where are we in terms of progress? Part of the Corridor was commissioned in summer of 2018, when first gas flowed from Baku through an expansion of the South Caucasus Pipeline in Azerbaijan and Georgia into the Trans Anatolian Pipeline, or, TANAP, which brought the gas to Eskisehir in Turkey. TANAP has now been fully commissioned and last month Greece and Turkey celebrated the commissioning of the first part of the Trans Adriatic Pipeline, or, TAP, the final leg in the Corridor. If everything stays on track, the remaining portion of that pipeline – which connects Greece to Italy via Albania – will be commissioned by the end of 2020. The interconnector from Greece to Bulgaria, after several delays, also appears to be making progress and could be completed in early 2021," he noted.

Reich said that there have been hiccups and there still may be challenges to overcome, but on balance the US Government is very pleased with the significant progress that has and continues to be made on the Southern Gas Corridor and associated infrastructure.

The Southern Gas Corridor project aims to increase and diversify European energy supply by bringing gas resources from the Caspian Sea to markets in Europe.

The Projects have an estimated investment cost of approximately $40 billion. Upon completion, the SD2 project will add a further 16 bcm of natural gas per annum to 10.9 bcma (maximum production capacity) already produced under SD1 project.

Total length of the newly constructed SCPX, TANAP and TAP pipelines will be more than 3,200 kilometres.