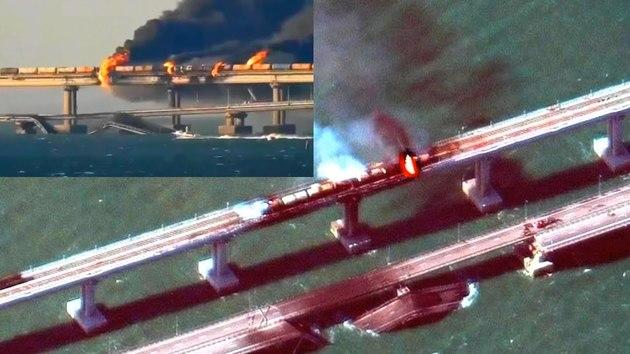 In a statement on Wednesday, the FSB said that the organizers of the attack were the Directorate's head Kirill Budanov, as well as its "employees and agents.”

The FSB also said that “the explosive device was camouflaged in rolls with a construction polyethylene film and was shipped from the [Ukrainian] seaport of Odessa to Bulgaria's Ruse in early August”.

According to the FSB, control over the movement of cargo along the entire route and contacts with participants in the criminal scheme were carried out by an Ukrainian Main Intelligence Directorate employee who presented himself as Ivan Ivanovich. He used both a virtual anonymous number purchased on the Internet and registered to Ukrainian citizen Sergey Vladimirovich Andreichenko for coordination.

“Five citizens of Russia, as well as three citizens of Ukraine and Armenia, who participated in the preparation of the crime, have been detained”, according to the statement.

The FSB added that the investigation into the terrorist attack is underway and that “all organizers and accomplices, including foreigners, will be held accountable in accordance with Russian law.”

On October 8, a truck exploded on the Crimean Bridge, causing seven fuel tanks of a freight train to catch fire. Two spans of the road bridge partially collapsed. According to preliminary information, the incident killed three people.