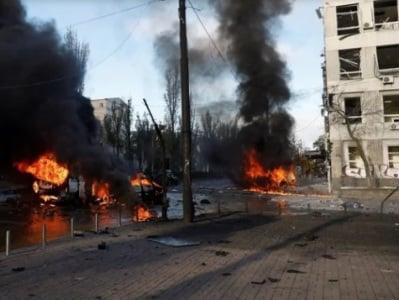 Ukraine has informed about explosions in several cities, according to UNIAN.

Several explosions rocked the capital Kyiv after the air raid sirens had blared out there.

Kyiv Mayor Vitali Klitschko informed that several blasts rocked the center of the city, in the Shevchenkivskyi District.

The Kyiv subway has stopped operations since early Monday morning, and its stations are being used as shelters.

Maksym Kozytskyy, Governor of Lviv Regional State Administration, informed about the missile attacks on the energy infrastructure of the region.

The mayor of Lviv city informed that explosions are heard in the city.

Valentyn Reznichenko the Governor of Dnipropetrovsk Region, informed about the missile attack on the region.

And Mayor Ihor Terekhov of Kharkiv informed about the airstrikes on the energy infrastructure of the city.