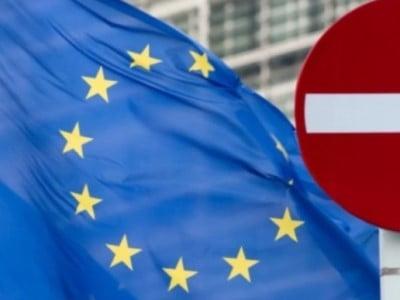 The European Union (EU) will gain broad powers with its new Russia sanctions package that would allow it to target people inside and out of the bloc who help evade its restrictive measures, Bloomberg reported.

The package adopted by member states this past week includes powers to list “natural or legal persons, entities or bodies” who facilitate the circumvention of EU sanctions.

Under these sanctions, measures can be taken against those who, for example, import banned Russian goods through a third EU country, concealing their true origin, or export banned goods to Moscow.

It could also allow the bloc to impose sanctions on EU citizens who help others avoid restrictions.

The EU has come to the conclusion that people and companies that bypass the sanctions are most likely to contribute to the "destabilization of Ukraine," and as a result, it is necessary to take measures against them.

In the past, the EU has been critical of the use of these so-called secondary sanctions, particularly by the US, as European companies have been trapped by these measures from time to time.

The EU, however, is unlikely to go as far as the US. Non-EU operators may face the freezing of their EU assets and the banning of individuals from entering the EU.

EU-based individuals and companies probably find it difficult to carry out business cooperation with any sanctioned entity or individual, adding an element of deterrence to the measure.

The US has largely abstained so far, preferring instead to put diplomatic pressure on Russia, a source said. But the EU and its allies agree that maintaining sanctions is key.