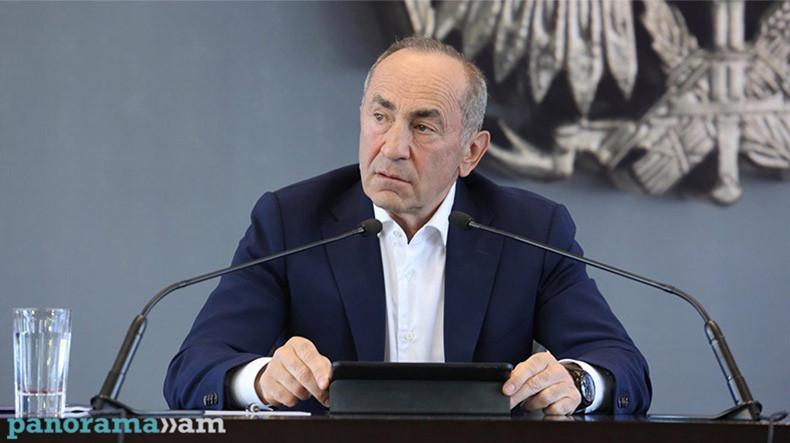 "Azerbaijan, when it wants, can create a hopeless situation for the people of Karabakh and for the authorities of Karabakh this will be another explanation why it is necessary to cooperate with Azerbaijan,"  stated on Wednesday at a press conference in Yerevan  former President of Armenia Robert Kocharian.

According to him, the future negotiation process will take place between Baku and Stepanakert, to some extent, Moscow. Kocharyan believes that "the Karabakh authorities have to some extent come to terms with this situation."

“Today Russia also has allied relations with Azerbaijan, and it is absurd to think that Russia can start military operations against Azerbaijan, this will not happen,” he said.

Touching upon the topic of Zangezur, he noted that it is necessary to strengthen military cooperation with Iran. “We were supposed to hold at least two military exercises with Iran in Syunik. This would be the biggest deterrent for Azerbaijan,” Kocharyan said. He called stupid the calls for Armenia's withdrawal from the CSTO.

Kocharyan claims that in May 2021, the Iranian side was negotiating military cooperation, but the Armenian authorities froze them.

As for the containment of Turkey, Kocharyan is sure that neither Russia, nor the United States, nor France can do it today. The leaders of these countries have no influence on the Turkish leader Erdogan, who "demonstrates a master class in protecting national interests."