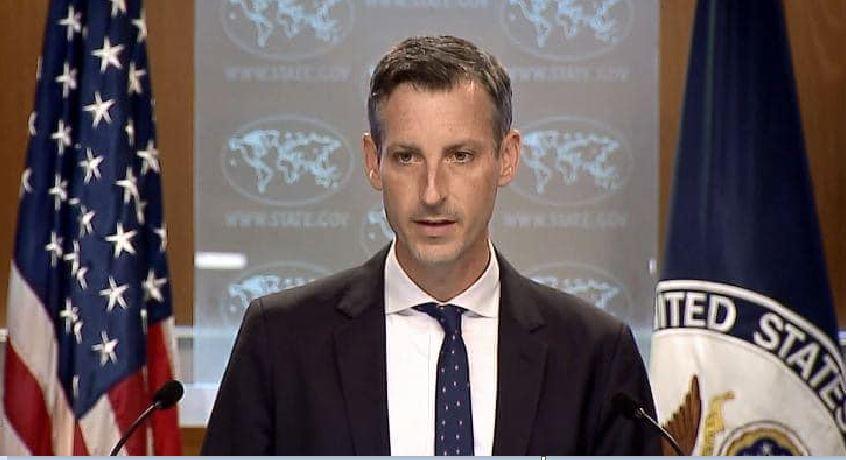 The U.S. said on Wednesday that it's "deeply engaged" in the Azerbaijan-Armenia peace process "through multiple channels", TURAN's Washington correspondent reports.

"We are engaging at multiple levels, through multiple channels, to reinforce the need to de-escalate and to disengage," State Department's spokesperson Ned Price said during the daily press briefing.

Price's comments came in response to TURAN's questions whether Tuesday's meeting between national security advisors Jake Sulivan, Hikmet Hajiyev and Armen Grigoryan was a part of the "New York process" and why Ambassador Philip Reeker, the top U.S. negotiator, was absent during the White House meeting.

Price explained that the White House meeting was at the national security advisors level. Secretary Blinken, in his turn, has engaged with his foreign minister counterparts. The Secretary has also engaged at the leader level with Armenia and Azerbaijan.

As for Ambassador Reeker. he  "has been actively engaged with his Armenian and Azeri counterparts," Price added.

"He was, of course, up in New York City last week with us, with the Secretary. He took part in the trilateral meeting we had with Armenia and Azerbaijan. He’s recently been in the South Caucasus, meeting in person with senior officials there. So he’s been deeply engaged in this." the spokesperson explaned.