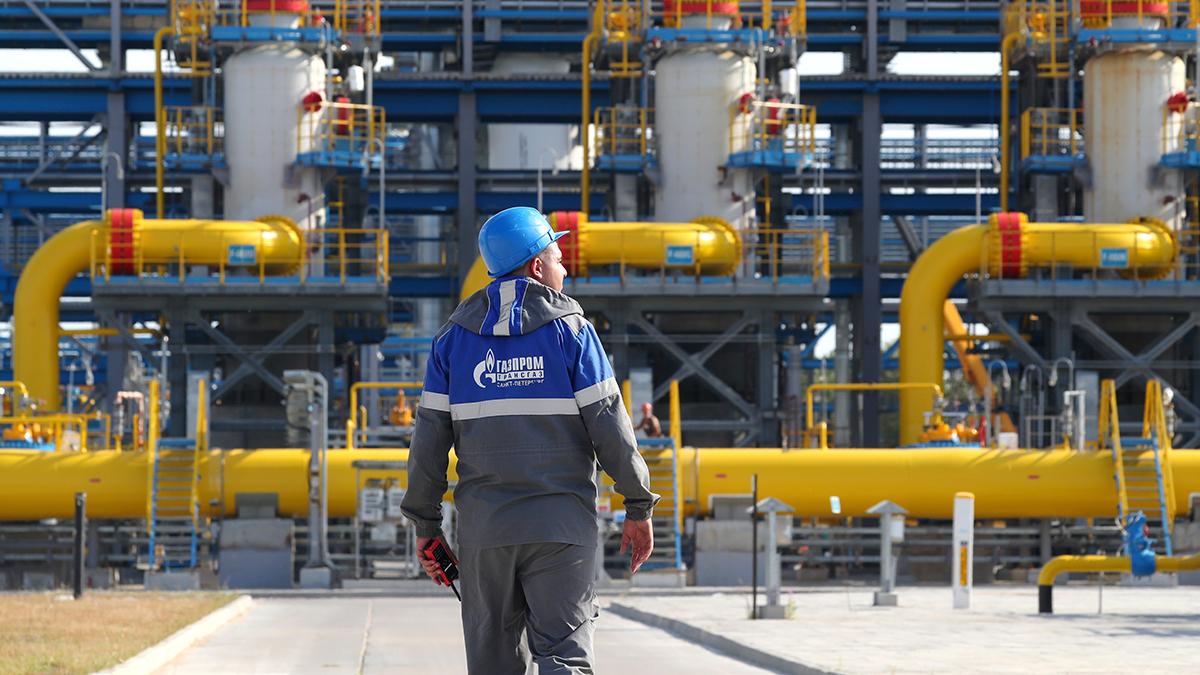 bloomberg:  Russia threatened to cut off the last gas pipeline to Ukraine’s European allies and moved to annex a large chunk of Ukrainian territory amid a string of military setbacks in its seven-month-old invasion.

Moscow declared landslide victories in the hastily organized “referendums” it held in the territories currently occupied by its forces and prepared to absorb them within days. The United Nations has condemned the voting as illegal with people at times forced at gunpoint.

European gas prices surged after state-run Gazprom warned it may cut off supplies to western Europe via Ukraine. That news followed reports that sabotage was suspected in huge leaks discovered in currently idled Nord Stream pipelines from Russia under the Baltic Sea.

With the fresh warning on energy supplies, the calling up of 300,000 more troops and hints it may use nuclear weapons, the Kremlin is sending a clear signal that it’s committed to a conflict that many in the US and Europe argue it can’t win. Meanwhile, Ukraine’s forces are steadily pushing back Russia’s hold on the land it’s moving to annex.

In Moscow, officials reject those doubts, confident that mobilization will allow the military to stanch battlefield losses and outlast Kyiv’s supporters.

After slashing gas supplies over the last few months, Moscow hopes to maximize the pain in Europe, which already faces record-high energy prices and the threat of rationing and supply cuts this winter. This weekend’s election of the first far-right government in Italy since World War II has raised hopes in Moscow that public opinion in Europe is shifting.

On Tuesday, Gazprom warned that it may cut supplies via Ukraine, the last link still delivering to clients in western Europe. Hours earlier, leaks were reported on the Nord Stream pipelines to Germany, where authorities said they suspected sabotage. Russia had cut flows on one of the links temporarily over the summer, though they hadn’t yet resumed, while the other pipeline never went into service because of the invasion.

“It’s a signal from Russia,” Polish Prime Minister Mateusz Morawiecki said Tuesday. “It shows what means and mechanisms the Russians can resort to in order to destabilize Europe even more.”

European Union Foreign Policy Chief Josep Borrell said the leaks appear to be a “deliberate act,” warning that “Any deliberate disruption of European energy infrastructure is utterly unacceptable and will be met with a robust and united response.”

With gas prices surging again, the Kremlin is pushing ahead to annex the territories it still controls in Ukraine, despite warnings of harsh consequences from the US.

President Vladimir Putin plans to address both houses of parliament Friday, according to people familiar with the preparations. The formalities of annexation could be complete within just a few days.

“This is a signal to show that the people in the Kremlin know what they’re doing,” said Mikhail Vinogradov, political analyst at the St. Petersburg Politics Foundation. “It’s important to demonstrate that these decisions weren’t spontaneous, but are part of the strategy.”

In reality, the Kremlin has had to repeatedly overhaul its plans since Putin first sent troops over the border on Feb. 24, hoping for a lightning victory and a collapse of the government in Kyiv. Instead, Ukrainian troops pushed back Russian forces from the capital, and a counteroffensive in recent weeks succeeded in reversing months of Kremlin gains. The hastily announced mobilization has brought the war home to Russians, spurring protests and leading tens of thousands to flee the country.

Assessed Control of Terrain in Ukraine

Ukraine has vowed to continue its counteroffensive and retake control of all of its territory, including what Russia has annexed. Kyiv’s allies in the US and Europe say they will continue weapons supplies, dismissing the Kremlin’s nuclear threats as irresponsible. The Biden administration is set to announce another $1 billion in security assistance to Ukraine on Wednesday. Meanwhile, US and European officials expect the steadily rising economic pain from sweeping sanctions on Russia will up the pressure on Putin to change course.

But officials say the Kremlin remains committed to its initial aim of dismembering Ukraine and taking over much of its territory, even as the chances of attaining that goal seem increasingly remote. Publicly, the Kremlin says its objectives for what it calls a “special military operation” remain unchanged, though it’s never spelled those out in detail.

Officials and state media have increasingly sought to portray the fight as not against Ukraine but what they claim is a determined effort by the US and its allies to break up Russia. Western officials dismiss those claims as propaganda aimed at a domestic audience that’s growing skeptical of the Kremlin’s war.

“For us, this is a question of the survival of the country,” Sergei Karaganov, chairman of a Kremlin foreign-policy advisory board, said in Russia’s Profil magazine this week. “We should call it the Patriotic War,” he said, using the phrase for World War II.

Some people close to the Kremlin think Russia will ultimately be able to regain the initiative and drive further into Ukraine, possibly taking key cities including Kharkiv and Odesa that it hasn’t been able to seize so far. That would leave Ukraine only a rump of its pre-war self, the people said. While that seems far-fetched given Kyiv’s recent successes on the battlefield, Russian officials are confident their forces can fight Ukraine to a standstill and force some kind of a settlement that confirms at least some of their gains.

There’s little sign the 300,000 mobilized troops, poorly trained and motivated, will be able to turn things around on the battlefield. Military analysts say they are likely to be enough only to further slow Ukraine’s advances. Kyiv has called for more weapons from its allies, including tanks, longer-range missiles and combat aircraft, but the US and Europe so far have been cautious about expanding the range of arms supplied.