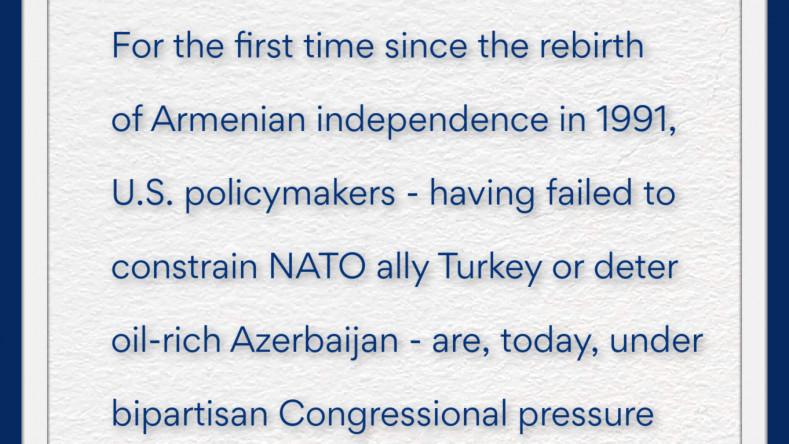 U.S. policymakers are considering the sale of weapons to Armenia for the first time since the country’s independence in 1991, the Armenian National Committee of America (ANCA) reported.

“For the 1st time since the rebirth of Armenian independence in 1991, US policymakers - under sustained bipartisan Congressional pressure - are considering the sale of US arms to help Armenia's defense against Azerbaijan's relentless (Turkey-backed) aggression & ethnic-cleansing,” ANCA said in a tweet on Monday.

U.S. House Speaker Nancy Pelosi hinted at possible defense assistance to Armenia when she visited the country earlier in September.

“One particular thing that we predict, more related to the economy than to security – except that they’re all related – is that the Speaker [Alen Simonyan] asked us to support Armenia’s steps that it is taking to be part of the Millennium Challenge. And that was a very big initiative for economic growth and fairness. So we did commit that we would work to help with that.

“On the defense side, we are listening to – rather than coming here and saying this is what we’re prepared to do, we’re listening to what the needs are.”