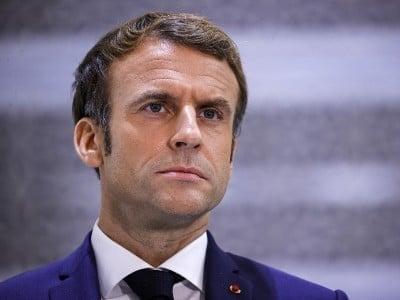 France calls for a détente and the resumption of talks between Armenia and Azerbaijan, French President Emmanuel Macron said on Monday ahead of talks with Armenian Prime Minister Nikol Pashinyan in Paris, TASS reported.

"The situation on the border remains very critical," the French president said. "Paris is convinced that the use of force cannot be a solution for either side and that dialogue must be resumed without delay," he said, pointing out that "all issues must be resolved only through negotiations."

"I call for the restoration of calm and the resumption of negotiations," said Macron, whose speech was broadcast on the Elysee Palace's Twitter feed.

Macron said he intends to discuss "strengthening the ceasefire to avoid a new escalation" in a meeting with Pashinian. "We will also exchange views on a number of issues in order to understand how France, together with the European Union and the other great powers involved in the settlement, could contribute to a lasting peace," the French leader said. "We also expect to discuss possibilities for normalizing relations between Armenia and Turkey. This is a difficult but necessary topic," the French president added.