Why Nancy Pelosi Came to Armenia? 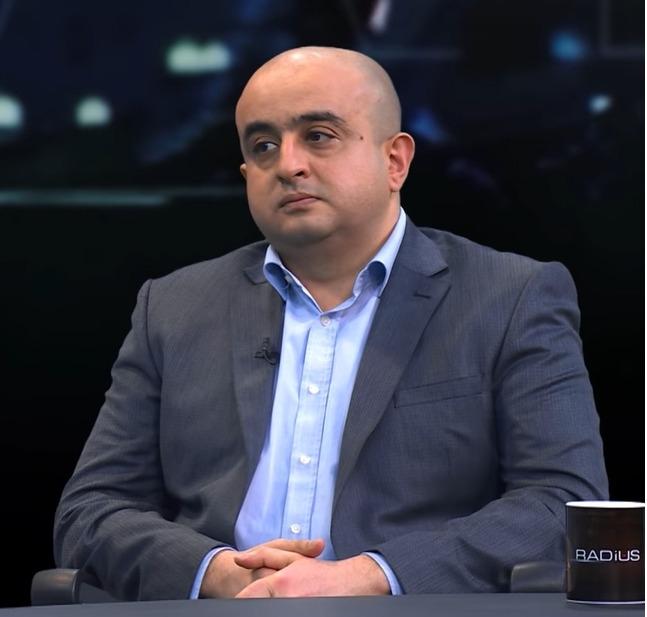 Deputy Director of Center for Studies of South Caucasus (CSSC)

The Armenian media argues that the visit of the Speaker of the House of Representatives (NP) N. Pelosi to Armenia is a response to the escalation on the Armenian-Azerbaijani border. However, according to the confession of the organizers, Pelosi's visit to Armenia was scheduled for several months. Therefore, the casual relationship between the visit of N. Pelosi and the clashes on the border should be constructed in a right way: the visit was not the result of the border clashes but is one of the possible reasons.

Although the Pelosi has been a member of the Armenian Caucus in the US Congress she did not vote for the most Armenian initiatives. According to the National Congress of American Armenians, Pelosi did not support any initiative in the 114th Congress (2015-2016), participated in a memorial event in the capital of the so-called Armenian "genocide". Her name even appeared in the list of the member of the Congress of a lobby organization that advocated the interests of Azerbaijan and Turkey.

Most observers explain the visit of N. Pelosi to Armenia with the efforts to get the support of strong and influential Armenia lobby in the US. Once Zbigniew Brzezinski noted that the Armenian lobby in the US is one of the most three influential lobbies in this country. The votes of the Armenian diaspora have always played significant role. The chances of the Democratic Party in the upcoming mid-term elections are estimated very weak. The democrats are putting the interest of the party above the national interests. It was demonstrated during the visit of N. Pelosi to Taiwan.

But there is an interesting point in the logical chain. The Armenian diaspora in the US are predominantly members and proponents of Dashnak party. Dashnak party is in the radical opposition to the current government in Armenia. Recently, the confrontation between the Pashinyan government and Dashnak diaspora reached to the culmination. The Pashinyan government declared the very famous names of the Dashnak diaspora persona non grata and did not allow them enter Armenia. Therefore, the visit of N. Pelosi to Armenia can be considered as a support to the Armenian state and particularly to the Pashinyan government. N. Pelosi could have done different and better favor for the interest of the Armenian lobby. Therefore, at first glance the first reason of the visit of N. Pelosi is to get support from the Armenian diaspora in elections, however the visit can be considered to support the Pashinyan to remain in power, to support Armenian as a state and to be involved in Azerbaijani-Armenian relations. That also means that the U.S. has new plans for the region in coming years.

Beginning from this year the Biden administration addressed three letters to Azerbaijan, which was unprecedented demonstration of interest. In the letter addressed to the Baku Energy Week participants President Biden reemphasized Azerbaijan’s “critical role in helping stabilize European energy security”. At the same time, we see frequent visits of the US officials to the region, regular phone calls to follow the track of the Armenian-Azerbaijani normalizations and the U.S. statements. At the same time, starting from June the US officials has started to hint in the statements about Co-Chairmanships irritate the officials and the expert community in Azerbaijan.

In the light of these developments, there is one interesting information or allegation. One telegram channel alleged that the 75 million US dollar was donated for the visit of N. Pelosi through the bank of the Russian oligarch with an Armenian origin Ruben Vardanyan. R. Vardanyan made his fortune in financial sector and money laundering for the Russian leadership. He also has extensive network in the West including Japan, Brazil and UK not only in financial and business sector but also political circles. Recently, he has stepped in Armenian politics through Karabakh by making provocative statements.

On January 2022, the US Congress included Ruben Vardanyan’s name to the list of potential Russian oligarchs who was supposed to be sanctioned. Later, other names of Russian oligarchs were sanctioned, R. Vardanyan somehow could escape from it. He might escape from the US sanctions thanks to his close friends for 20 years like co-founder the biotechnology company Moderna (Vacine) Noubar Afeyan. Together with Noubar Afeyan R. Vardanyan in the past established foundation and charity called “Aurora”.

We will see after the midterm elections in the US how the policies of the Biden administration will be formulated in the coming months.