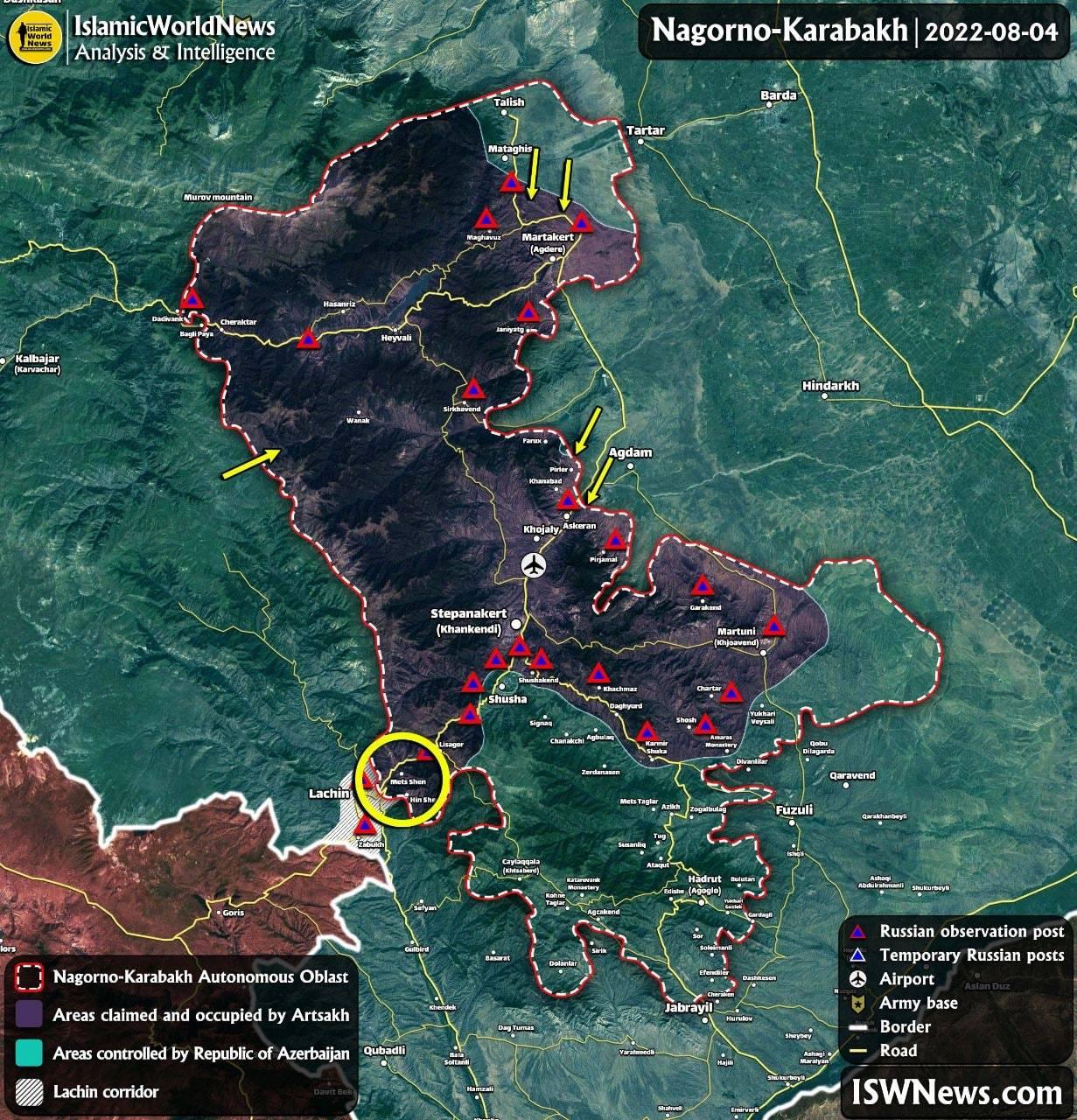 The Berlin-based institute of military studies "Khazar" has compiled a map of the combat positions that came under the control of the Azerbaijani armed forces during the fighting on the Azerbaijani-Armenian border on September 12-15.

"At least 50% of these territories are a zone of physical control, that is, the Azerbaijani armed forces and state border services are there. Total area of this zone is about 200 sq. km.

The area indicated by the purple line is the areas of visual observation which makes it possible to control nearly all logistics and transport links in the regions of Zangezur and Geycha.

"In case of the transfer of military equipment and soldiers from another part of Armenia to Zangezur and Geycha, Azerbaijan will record this visually and be able to stop it," "Khazar" experts note.

Thus, Azerbaijan can physically and visually control up to 30% of the territory of Armenia, the authors of the study believe.

The Ministry of Defense of Azerbaijan has not yet commented on the published map and the conclusions of the "Khazar" institute.

* The "Khazar" institute of military studies was founded in 2014 by journalist Jasur Sumerinli, who emigrated to Germany.

The said NGO analyzes processes in the field of defense and security in the Caspian basin countries, Armenia and Georgia, and prepares strategic forecasts.