Blinken reaffirms U.S. support for peace between Armenia and Azerbaijan 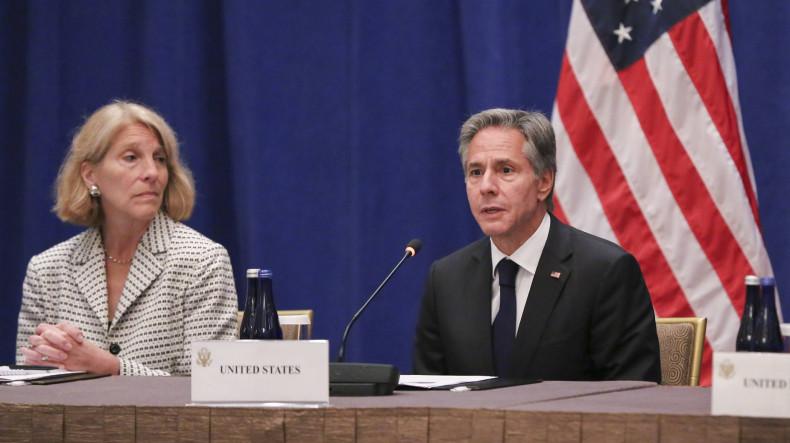 U.S. Secretary of State Antony Blinken hosted talks between the foreign ministers of Armenia and Azerbaijan late on Monday one week after the outbreak of fighting on the Armenian-Azerbaijani border which left numerous casualties on both sides.

“We are encouraged by the fact that the fighting has ceased and there have not been any additional military actions over the last few days,” he said ahead of the meeting.

Blinken said both Armenian Prime Minister Nikol Pashinian and Azerbaijani President Ilham Aliyev assured him that they are “ready for peace.”

“Strong, sustainable diplomatic engagement is the best path for everyone,” he said. “There is a path to a durable peace that resolves the differences. The United States is prepared to do whatever it can to support these efforts."

The meeting was held just a day after U.S. House Speaker Nancy Pelosi visited Armenia and condemned deadly Azerbaijani attacks on the country.