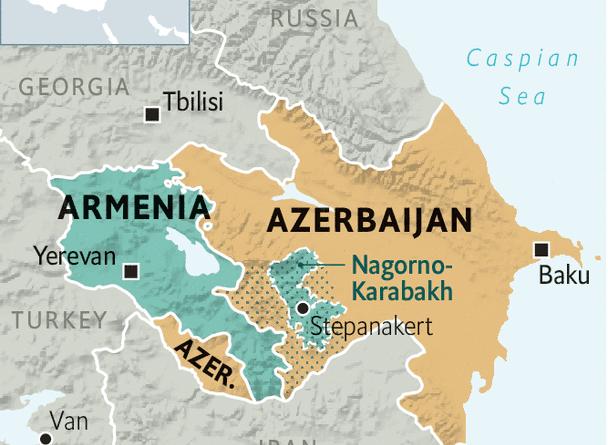 Azerbaijan has demanded to organize traffic along a new corridor outside Lachin in the near future. This was reported on the evening of August 2 by Karabakh separatists.

Today, separatist leader Arayik Harutyunyan convened an expanded meeting of the "Security Council" with the participation of political forces and local "deputies".

The current situation was discussed, as well as the tension on the line of contact with the Azerbaijani troops.

According to the report of the commander of the separatist military formations Kamo Vardanyan, tension remains in a number of areas.

The Azerbaijani side, through Russian peacekeepers, demanded to organize the movement of transport from Karabakh to Armenia along a new route in the near future.

The meeting discussed steps to be taken in the current situation to organize safe movement with the participation of Russian peacekeepers, the report said.

So, it became clear what caused the aggravation of the last two days in Karabakh. Azerbaijan is completing the construction of an alternative road that will be used by Armenians to communicate with Armenia. Therefore, the Armenians must finally liberate the city of Lachin and the village of Zabukh, stop driving along the Lachin corridor and use a new route.

Apparently, Yerevan failed to get support in Moscow. and if the Armenians continue to delay the implementation of the agreements, the situation in Karabakh may seriously escalate.