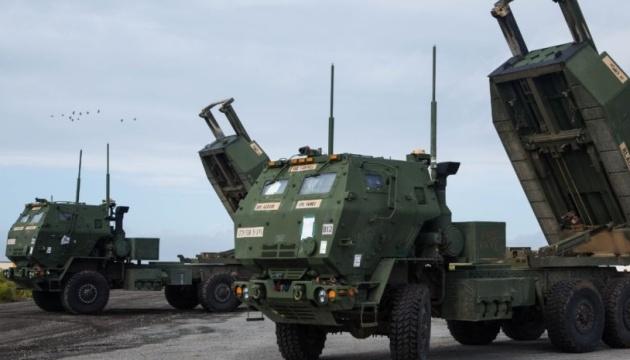 With its 17th assistance package, the U.S. has now committed more than $8.8 billion toward weapons, training and other aid since February, according to the Pentagon.

The new package will include 75,000 rounds of 155 mm Howitzer artillery, as well as HIMARS.

The White House's announcement came as 4 more HIMARS, which have a longer range and are more precise than older artillery Soviet-era rocket systems, arrived in Ukraine on Monday morning.

In the meantime, top Biden administration officials, including National Security Advisor Sullivan, Secretary of State Blinken, and Chairman of the Joint Chiefs of Staff Gen. Milley's on Monday spoke with their Ukrainian counterparts about Washington's enduring support to Ukraine in the face of Russian aggression.

They also discussed the recent appointments of Ukraine’s Prosecutor General and head of the Special Anti-Corruption Prosecutor’s Office and the importance of Ukraine continuing to implement its reform agenda despite the challenges caused by the war, according to the White House readout.

In his turn, Secretary Blinken told reporters at the United Nations that Washington was “deeply concerned” about reports that Russian forces have taken over nuclear facilities in Ukraine.

“There are credible reports, including in the media today, that Russia is using this plant as the equivalent of a human shield, but a nuclear shield in the sense that it’s firing on Ukrainians from around the plant,” Blinken said, adding that this was “the height of irresponsibility.”

“And of course, the Ukrainians cannot and will not fire back, lest there be a terrible accident involving a nuclear plant,” he added.

Blinken also said that it was important that the International Atomic Energy Agency be granted access to nuclear facilities in order to safeguard against an accident.