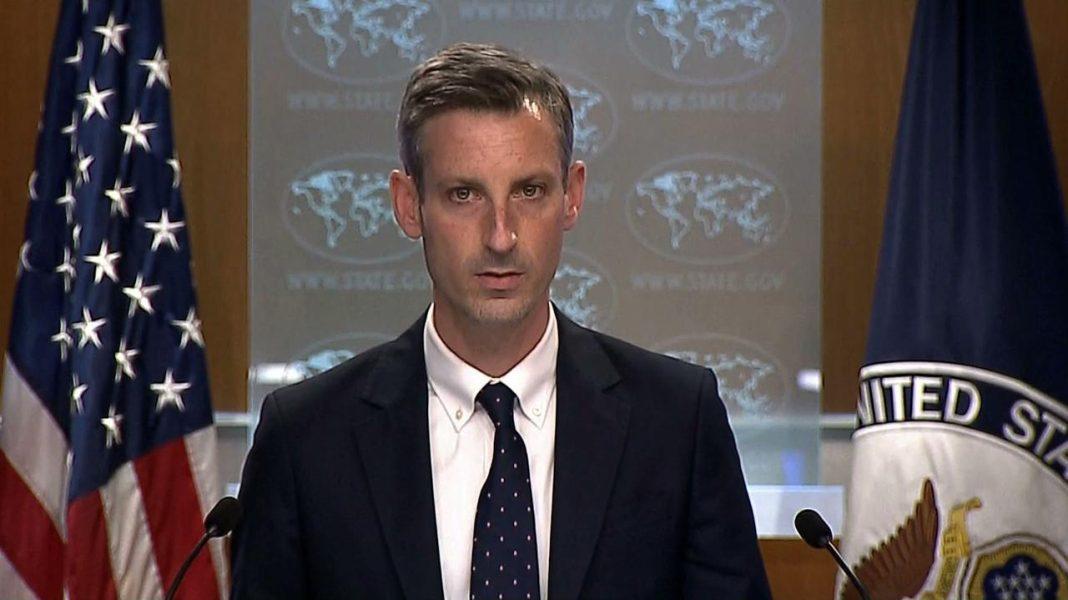 Russia has made clear through its actions — and its words — that its invasion of Ukraine is not a defensive operation, but rather, a "war of territorial conquest," U.S. State Department spokesperson Ned Price declared on Tuesday during his daily press briefing, TURAN's Washington correspondent reports.

Responding to TURAN's question about Moscow's recent statements seeking regime change in Ukraine, Price said, it was a "messaging reversal":

Before Russia launched its invasion on February 24, he said, “we heard consistently the lie from various Kremlin officials that this was about some perceived threat from Ukraine, from NATO, from the United States,” statements that the U.S. officials called “lies” from the start.

“Since then, but especially in recent days, the Russians have been doing as good a job as anyone of debunking their own disinformation and their own lies,” Price said.

He repeated a statement made by Russian FM Lavrov on Monday, in which Lavrov called President Volodymyr Zelensky and his government in Kyiv “an unacceptable regime.”  The statement, said Price, made clear that “this was not what Russia purported it to be.”

"It wasn’t all that long ago, as Secretary [Antony] Blinken has pointed out on a couple of occasions now that President [Vladimir] Putin spoke, comparing himself to Peter the Great,” Price noted.

The spokesperson recalled what Putin said last month (June 9) after visiting an exhibition dedicated to the tsar on the 350th anniversary of his birth. “When Peter went to war with Sweden he was simply looking to take back what Peter thought belonged to Russia,” said Price, paraphrasing the Russian leader’s remarks. “President Putin went on to note that Russia is again looking to take back what is theirs,” he added.

"So repeatedly senior Russian officials have put to the lie just about everything that we heard from them prior to the invasion. They have made clear in doing so this is not a defensive operation. This is, in fact, what it always appeared to be, and that is a war of territorial conquest,” Price added.