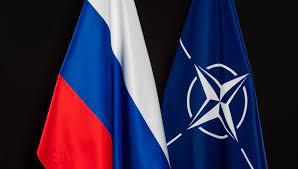 NATO on Wednesday has declared Russia the “most significant and direct threat” to its members’ peace and security, TURAN’s Washington correspondent reports.

The 30-member military described Russia that way in a statement at a summit in Madrid, in a declaration that underscores Moscow’s shift from strategic partner to threat.

NATO leaders promised to “step up political and practical support” to Ukraine as it fights Russia’s invasion.

It has also formally invited Finland and Sweden to become members of the alliance.

"Today, we have decided to invite Finland and Sweden to become members of NATO, and agreed to sign the Accession Protocols"

The Summit provides an opportunity to advance collective efforts with these Allies and partners to strengthen the rules-based international order, the White House said in a fact sheet.

“President Biden will reaffirm the United States’ unwavering commitment to the Transatlantic bond and NATO’s Article 5 – that an attack on one is an attack on all. Alongside major new contributions from Allies, the President will also announce at the Summit new stationing of U.S. forces and capabilities in Europe to support NATO and to deter any aggression against our Allies.”

According to the White House, NATO’s new Strategic Concept outlines NATO’s transformation in line with the NATO 2030 agenda adopted at the 2021 Summit.

It will ensure NATO continues to develop appropriate tools and collective responses to transnational threats such as cyber attacks and the security implications of climate change, and recognizes the value of a human security approach to NATO’s work, such as the protection of civilians during conflict, and preventing and responding to conflict-related sexual violence.

In response to the more dangerous European security environment caused by Russia’s aggression against Ukraine, NATO has also activated its defensive plans and over 40,000 troops are now under direct NATO command.

Allies have also doubled NATO’s battlegroups on the eastern flank, ensuring strong defense from the Baltic Sea to the Black Sea.

At the Summit, the leaders will endorse a new strengthened defensive force posture, with a 360-degree view across land, air, sea, cyber, and space, and an emphasis on more combat-credible forward capabilities on the eastern flank.

In response to Russia’s aggression against Ukraine, and in order to ensure the defense of our Allies, the U.S. deployed or extended over 20,000 additional forces to Europe, and there are currently approximately 100,000 U.S. forces providing defense and deterrence throughout Europe.

Biden announced today that the U.S. will take the following additional actions to strengthen NATO’s deterrence and defense and European security:

- Establishment of a permanent V Corps Headquarters Forward Command Post in Poland, which will improve U.S.-NATO interoperability across the eastern flank.

- Commitment to maintaining an additional rotational Brigade Combat Team in Europe, which the United States will position in Romania, with the ability to deploy subordinate elements for training and exercises across the eastern flank.

- Enhanced rotational deployments in the Baltic region including armored, aviation, air defense, and special operations forces, building further interoperability and intensified training with these Allies, and enhancing our ability to quickly reinforce and provide combat-credible defenses.

- An agreement to work with Spain to increase the number of U.S. destroyers stationed in Rota from four to six.

- Two squadrons of F-35 aircraft to the United Kingdom.

- Stationing of additional air defense and other enablers in Germany and Italy.

Allies will also approve expanded programs to support the defensive needs of Bosnia and Herzegovina, Georgia, and Moldova.