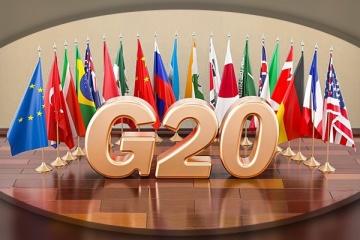 Russia's aggression against Ukraine will be high on the agenda when leaders from the Group of 7 rich nations, the NATO alliance, as well as top diplomas of G20 partners come together in three major summits during the next two weeks, TURAN's Washington correspondent reports.

The Western allies are seeking additional measures against the Kremlin.

Russia, of course,  will not be a part of the G7 and NATO gatherings, which will take place in Germany (June 25) and Spain (June 28) however, it's still planning to take part in the G20 Ministerial, which will kick off in Indonesia on July 7.

Washington, in its turn, has reiterated to the Indonesian presidency that the G20 "must be relevant to helping Ukraine deal with and recover from the invasion," State Department spokesperson Ned Price told TURAN's correspondent during yesterday's briefing.

"We... have to be clear that Russia's war on Ukraine has caused global economic instability, and the United States has no intention, as a result, of reducing pressure on the Kremlin until and unless Russia's aggression against Ukraine comes to a halt," Price said.

When asked about meetings that Russian Foreign Minister Lavrov is planning to have with other G20 members in Bali, Price said, "we are much less concerned about whom he meets with and much more concerned with the messages that are imparted during those meetings."

"What we have emphasized over the course of the weeks since February 24th is that every responsible country around the world has an obligation to make very clear to the Russian Federation that its aggression against Ukraine, its peaceful neighbor, cannot be tolerated and will be met – and has been met – with steep costs and consequences for Russia," Price said.