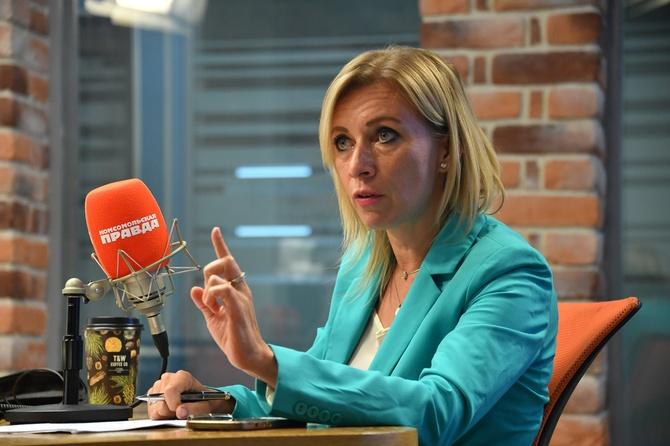 Moscow doubts the sincerity of the US statements that it is ready to work within the framework of the OSCE Minsk Group Co-Chairs. This was stated by the official representative of the Russian Foreign Ministry, Maria Zakharova, at the weekly press briefing on Wednesday.

"I allow myself to doubt the sincerity of the statement by Karen Donfried [i.e., Assistant Secretary of State for the Bureau of European and Eurasian Affairs at the US Department of State]. If Washington and Paris had considered the unique mediation format of the Minsk Group really important, they would not have allowed ignoring the mandate approved by all participating countries," Zakharova said.

According to her, on February 24, they demonstratively cut off, without any consultation, the contacts with the Russian co-chair of the Minsk Group.

"The Russian side is interested in the normalization of relations between Azerbaijan and Armenia. It cannot allow the politicized steps of some foreign players to thwart the already difficult efforts to restore peace and stability in the region. We will continue to do everything depending on us for the unconditional fulfillment of obligations and those tasks that have been recorded in the statements of the leaders of the three countries," Zakharova added.