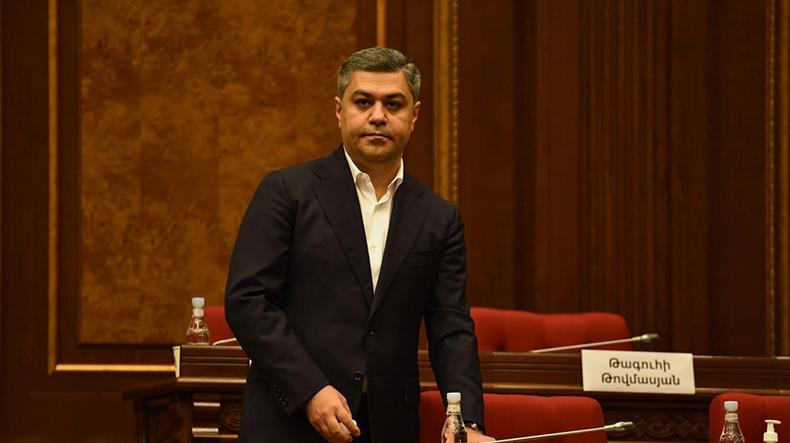 Artur Vanetsyan has stepped down as an MP from Armenia's opposition Pativ Unem bloc.

In a Facebook post announcing his resignation on Monday, Vanetsyan said it was not a “surprise” decision for many.

"For many of you, my decision did not come as a surprise: I have repeatedly announced that I no longer see myself in this parliament. The reason is clear: Armenian citizens mandated us to stop the destructive policies of the incumbent authorities and lead the country out of crisis. However, the current parliament, in my opinion, has ceased to be an effective platform to achieve this goal," said Vanetsyan, the leader of the opposition Homeland party.

The politician noted that the Homeland Party Council has decided to continue its activities outside the Armenian parliament.

“By the decision of the party, the Pativ Unem alliance made with the Republican Party of Armenia (RPA) ceases to exist de jure and de facto,” Vanetsyan said, thanking his fellow MPs for cooperation.

At the same time, he stressed that his decision in no way obliges his colleagues to give up their mandates.

"We are now on the verge of losing our homeland and no longer have the right to make a mistake. There is no alternative to the struggle and, as I have repeatedly said, today there are no party flags and dividing lines in the struggle for the Armenian people, Armenia and Artsakh. This is a national struggle and we, members of the Homeland Party, will continue it together with our people," Vanetsyan said.