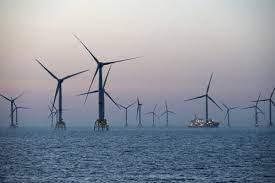 Offshore wind is crucial for achieving net-zero emissions and momentum for the burgeoning sector is growing both in developed markets and beyond. In recent years, emerging economies such as Vietnam, the Philippines, India, Colombia, Azerbaijan and Brazil have moved to develop their offshore wind resources, assisted by the World Bank Group’s Offshore Wind Development Program, Recharge News reports.

It is estimated that worldwide installations of new offshore wind farms will grow from 10GW to 27GW per year in this decade as coastal communities untether from fossil fuel dependency by tapping into resources right in their backyards. But because offshore wind plants are so capital intensive, industrialising the way they are built and mobilising affordable financing is necessary to cut costs, amplify economic opportunities, and expand their reach beyond today’s established offshore wind markets, which are concentrated in Europe and China.

The key to that expansion is investing in the associated infrastructure and manufacturing that underpin regional and global offshore wind development – specifically the ports and vessels to build and service the wind farms, and the plants to manufacture blades, towers, nacelles, and other offshore wind farm components. That doesn’t come cheap. A single blade factory producing 100 blade sets per year requires a workforce of 500 to 1,000 people and a capital investment of about $250m.

A single wind turbine installation vessel (WTIV) capable of installing 100 turbines per year can cost as much as $500m. A plant producing the monopile foundations on which turbines are installed needs up to 500 employees and costs up to $350m. Building the base ports, specialised vessels capable of laying cables and installing turbines, and training and hiring crews to construct, operate and maintain offshore wind farms with dozens or hundreds of turbines spinning day and night, will require billions of dollars of investment in coming years.

The International Finance Corporation (IFC) – the private sector arm of the World Bank Group – recently commissioned a study by Arup and BVG Associates to identify needs for ports, vessels and manufacturing to support offshore wind development in emerging markets. Distance is a key variable in this equation. Some manufacturing investments need to be close to the projects that create the demand. That is because the costs and risks of delivering products and services over long distances from the project vary across the supply chain.

Substations and cables, for example, can be transported at relatively low cost from their factories with a single vessel journey, whereas for construction base ports multiple journeys are needed to transport turbine components and foundations so they need to be close to wind farms.

The study concluded that by 2030 over $8bn of investment will be needed globally, including at least $3.9bn for manufacturing plants and $4.3bn for vessels, primarily in Asia (excluding China), Europe and the Americas. Of this, half will be in the emerging markets where IFC works, with investments of $2.2bn in manufacturing and $1.4bn in vessels.

In manufacturing, the study projected the need for at least four new blade plants, four tower plants, and three cable production facilities. This is on top of investments that have already been announced. With ready access to marine transport, these new plants are expected to serve both local and regional markets. Production will likely be concentrated in countries with established manufacturing sectors such as Indonesia, Thailand, Vietnam, Mexico and Brazil.

Looking at vessel fleets, the study saw the need for nearly 200 vessels dedicated to emerging markets in Asia, the Americas and Eastern Europe. This includes at least two WTIVs, two cable-lay vessels, over 60 service operation vessels and almost 120 crew transfer vessels. Without these, the study estimates that it will be difficult, if not impossible, for emerging markets in these regions to realise their long-term offshore wind development goals.

Besides creating skilled jobs that command higher wages, the introduction of advanced technologies associated with installing and operating offshore wind facilities has a multiplier effect on communities, contributing to an overall increase in manufacturing complexity that can open doors to global value chains. Right now, for example, some offshore wind farms are being planned with the goal of producing green hydrogen for energy storage and decarbonisation of heating and transportation.

These investments will hardly be risk free – particularly if they are the first of their kind in emerging markets – but the benefits they can deliver as the world races to reduce its dependence on carbon emitting fossil fuels and shift its priorities to renewable energy sources will be significant. IFC has a long track record of investments in ports, vessels and manufacturing in emerging markets and stands ready to help develop and de-risk these investments from early-stage feasibility through to construction.

The offshore wind market is still at an early stage in emerging markets but is showing extraordinary promise to improve lives, generate economic growth, reduce fossil fuel dependency, and contribute to the existential fight against global warming.