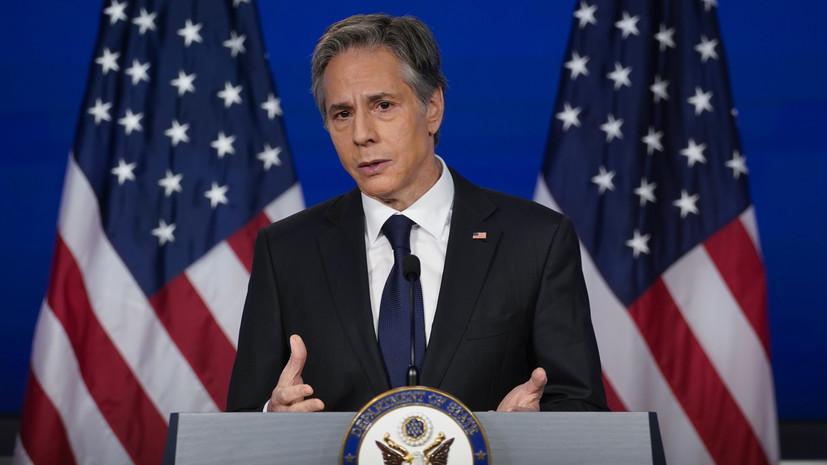 Top U.S. diplomat on Thursday made it clear that the Biden administration aims to lead the international bloc opposed to Russia’s invasion of Ukraine into a broader coalition to counter long-term threats to global order, TURAN's Washington correspondent reports.

In his long awaited speech outlining the administration’s China policy, Secretary of State Antony Blinken said while the U.S. sees Russia and Vladimir Putin’s war in Ukraine as the most acute and immediate threat to international stability, it continues to believe that China poses a greater danger.

Blinken also took his chance to talk about how Russia's invasion of Ukraine has 'backfired' and 'achieved the opposite' of Putin's strategic aims.

"Instead of erasing Ukraine's independence, he strengthened it...  Instead of dividing NATO, he's united it. Instead of asserting Russia's strength, he's undermined it," Blinken said about Putin. "And instead of weakening the international order, he has brought countries together to defend it."

Early in the day, the Pentagon officials made it clear that despite an enormous advantage in numbers, Russian forces attacking the Donbas region of Ukraine have made only "incremental progress," as a senior defense official put it.

Russia has deployed 110 operational battalion tactical groups in Ukraine, the official told reporters. The majority are in the south, and the remaining groups are split and fighting in the Donbas region. Even with the preponderance of troop numbers, officials say, Russian forces have made small gains only. These gains are offset by Ukrainian gains on other battlefields, most notably around Kharkiv, Ukraine's second largest city.

The Russians are trying to pinch off the far eastern provinces of Ukraine. The fighting is hard and tough, the official said, and the switch in terrain and in the objective means a switch in battlefield tactics, leading to the increased importance of long-range fires.

The U.S. and allies are providing Ukraine with the capabilities it needs to fight the invaders. Of the 108 M-777 howitzers that nations pledged to Ukraine, 85 are now being used by the Ukrainian military, the official said. These guns are firing some of the 190,000 155 mm shells that have already been transferred to Ukraine.

Western allies have also delivered nine Mi-17 helicopters, and 73 percent of the Switchblade unmanned aerial vehicles. More equipment is arriving every day, and this covers everything from armored personnel carriers and rations to medical supplies and anti-artillery radars and much more.