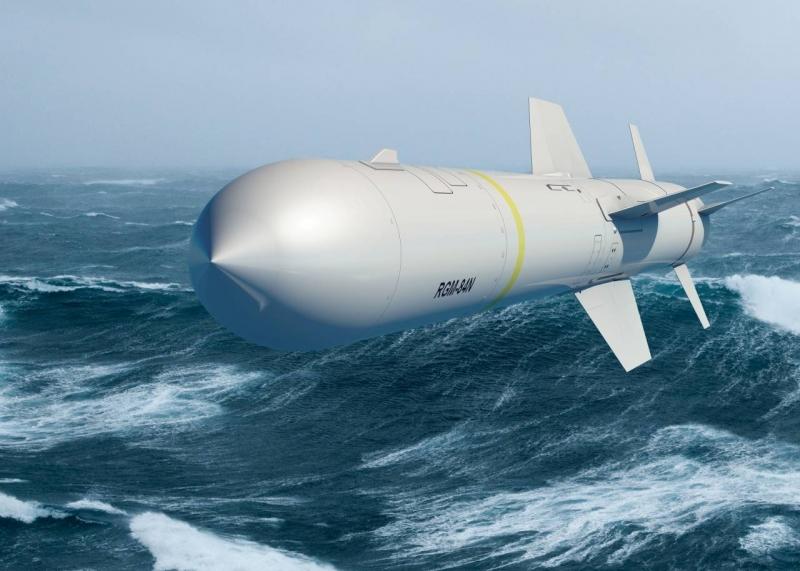 The statement by Advisor to the Minister of the Ministry of Internal Affairs of Ukraine Anton Gerashchenko  made on May 20  about the  plans of the United States to destroy the Russian Black Sea Fleet is taking on real contours today. The Western allies are forming a naval squadron, which will have to release the Ukrainian ports blocked by the Russian fleet, as well as clear sea lanes from mines and provide protection for cargo ships.

The plan came after Denmark said it would provide Ukraine with a harpoon launcher and missiles as part of a security deal, U.S. Defense Secretary Lloyd Austin said on May 23 after a meeting of the "Ukrainian Contact Group" that included representatives from 44 countries, NATO and European Union.

Gerashchenko made his sensational announcement, Reuters reported that the Allied Navy would clear the area of mines and protect cargo ships from the Russian military.

According to U.S.News, on May 20 the Pentagon denied it was making plans to destroy one of Russia's most important navies, despite claims to the contrary by the Ukrainian government. But officials have left open the possibility of new arms shipments that would fundamentally change the scale of naval warfare in the region. "I can tell you with confidence that this is not true," Pentagon spokesman John Kirby said.

Kirby, however, did not refute Gerashchenko's subsequent claims, which were corroborated by reports by anonymous US officials to several news outlets that the US was considering sending specialized Harpoon anti-ship missiles with a range of 200 miles in future arms shipments to Ukraine.

Previously the Pentagon denied involvement in the death of the flagship of the Russian fleet on the Black Sea on April 13, the cruiser Moskva, justifiably stating that the Ukrainian side was provided only with information about the location of the ship.

The political justification for the operation to unblock the seaports of Ukraine was formed before the leak of information about the plans of the military.

President of Ukraine Volodymyr Zelensky appealed to the international community with a request to provide assistance to Ukraine, in particular military equipment that can be used to unblock Ukrainian ports.

“Russia has blocked almost all ports and all, so to speak, maritime opportunities for the export of food products - our grain, barley, sunflower and other things,” Zelensky said. “You can unlock them in different ways. One way is a military solution. That is why we are turning to our partners with requests for the appropriate weapons.”

The head of the United Nations World Food Program, David Beasley, addressed Russian President Vladimir Putin on May 18, saying: "If you have the slightest bit of heart, please open these ports."

The World Food Program feeds about 125 million people and buys 50% of its grain from Ukraine, he said.

On May 19, the Ministry of Agriculture of Ukraine reported that grain exports from May decreased by 64% compared to the same period last year.

Known as one of the world's agricultural breadbaskets, Ukraine accounted for 10% of global wheat exports in 2021, while Russia produced about 17% of the world's wheat, according to the UN.

Ukrainian ports have been suspended since the start of the war due to a Russian blockade, and the UN estimates that some 20 million tons of harvested grain have been stuck in the country.

The blockade of ports will kill millions if it continues, David Beasley told CNN as countries around the world rely on Ukraine, which is also a leading exporter of corn and sunflower oil and meal (concentrated feed) for basic nutritional needs.

Global hunger is at a "new high", UN Secretary-General António Guterres said on May 19, with estimates that "tens of millions" of people around the world "will find themselves in food insecurity, followed by malnutrition, massive hunger and famine in a crisis that could take years."

Beasley also said in a Twitter statement: “Failure to open ports in Ukraine would be a declaration of war on global food security…. It is imperative that we allow these ports to open, because this is not only about Ukraine; the talk is about the poorest of the poor in the whole world, who are on the verge of starvation.”

About 13.6 million children worldwide suffer from severe malnutrition, a form of malnutrition that greatly weakens the immune system, the UN children's humanitarian agency said Tuesday, linking the "catastrophic" rise in malnutrition to the war in Ukraine.

According to the USDA, countries around the world rely on Ukraine for grains used to make bread, pasta and packaged goods: Egypt is the largest importer of Ukrainian wheat, while countries such as Lebanon and Pakistan receive most of their wheat from Ukraine. Ukrainian wheat plays a critical role in humanitarian efforts, as about half of the wheat for the World Food Program comes from the country.

“We must not be naive,” said German Foreign Minister Annalena Berbock. "It's not collateral damage, it's a hybrid warfare tool designed to weaken cohesion against Russia's war."

“The crime of starvation by law doesn’t require you to prove that people died — it’s enough that they were deliberately deprived of food,” said Alex de Waal, humanitarian crisis expert and executive director of the World Peace Foundation. "Today's Ukraine may not be exactly like the Holodomor of the 1930s, but now that there are international prosecutors in Ukraine, this may be of potential interest to them."

According to Western sources, the deployment of at least 20 Harpoon missiles with a range of 120 to 280 km, depending on modification, will take a couple of weeks. They will be able to destroy the Russian naval group, consisting of surface and submarine ships, if the ports are not released. Sources also say that "the missiles will be delivered as much as needed."

In this case, we can expect that the allied squadron, which is ready to include countries that need Ukrainian grain, will enter the Black Sea in the coming weeks.

Turkey, despite its special relationship with Russia, will not be able to block the entry of warships into the Black Sea, as it has done since the Russian army invaded Ukraine. Ankara justified this with the goal of preventing a military escalation in the region. But today Turkey will not be able to prevent a military mission under the auspices of the UN, besides, it has obligations to Ukraine and NATO.

A military conflict between Russia and the West really threatens it with the loss of the Black Sea Fleet, which Russia will no longer be able to replenish in the same volume. At best, the fleet will retreat to the base in Sevastopol, where it will be locked up.

But most importantly, it should also be noted that the “food security” operation actually frustrates Russia’s original plans to seize Odessa and Nikolaev and open a land corridor to Transnistria, and also deprives Russia of the ability to use the fleet to launch missile attacks on Ukrainian targets. Retribution becomes inevitable.