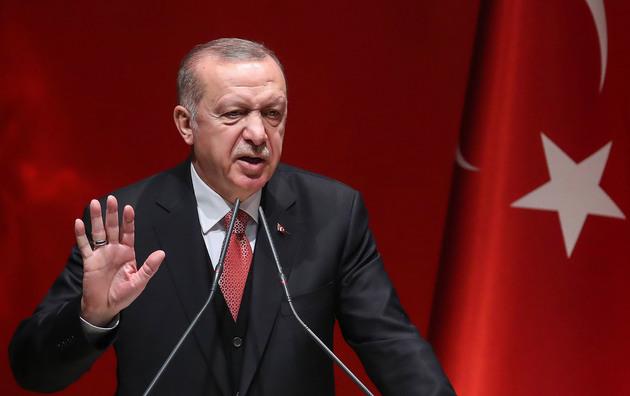 Turkish President Recep Tayyip Erdogan on Wednesday reiterated that the country won’t support NATO membership for Sweden and Finland because they didn’t extradite terrorism suspects as was requested by Ankara.

"We asked to extradite 30 terrorists to us, they didn’t do it. You don’t extradite terrorists to us, but at the same time you expect us to support you in the matter of NATO membership," he said in a speech at a meeting of the country’s ruling party. "NATO is a security organization, so we will not say yes to an organization that is itself deprived of security."

The Turkish president also again called on the representatives of Sweden and Finland not to waste time visiting Ankara in order to gain its support in joining NATO.

The Turkish president said on May 16 that he was opposed to the entry of Finland and Sweden into NATO as these countries refused to extradite persons involved in the activities of the Kurdistan Workers' Party, which Ankara considers a terrorist organization, and said the countries lacked a clear position regarding terrorist groups. He then also advised representatives of the Scandinavian countries not to bother themselves with traveling to Ankara.