Anti-Russia sanctions could become a trap for the West 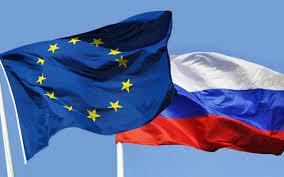 The sanctions imposed by the United States and its allies against Russia will soon lead Western countries to fall into the trap themselves, The Guardian writes.

"Russia’s importance to the globe goes beyond its size as the world’s 11th-largest economy. Reorienting Russian oil, gas and coal exports away from the US and EU to Asian importers would be a big economic shock," the article reads.

"Russia is the source of many essential minerals. About 25 African countries import more than one-third of their wheat from either Russia or Ukraine," the publications recalls, noting that high oil and gas prices will shift investment back into extractive industries, risking a reversal of the planet-saving trend towards clean energy.

"Washington’s leverage over the global financial system rests upon banks’ Swift messaging system and dollar dominance. The US has the means to hurt its enemies, but frequently has been undecided on the ends...Russia could develop new technologies to break out of this geopolitical cage," The Guardian wrote.

"Harder days are ahead for us in Germany too. Days that will change the world, and that will change us, perhaps faster than we would ever have thought possible. The plain truth is that many hardships still lie ahead. Notwithstanding all the ongoing diplomatic efforts, our solidarity and our support, our resilience, as well as our willingness to accept austerities, will be needed for a long time to come," German President Frank-Walter Steinmeier said.