"There Will Be Independent Ukraine a Lot Longer Than Putin" - Blinken 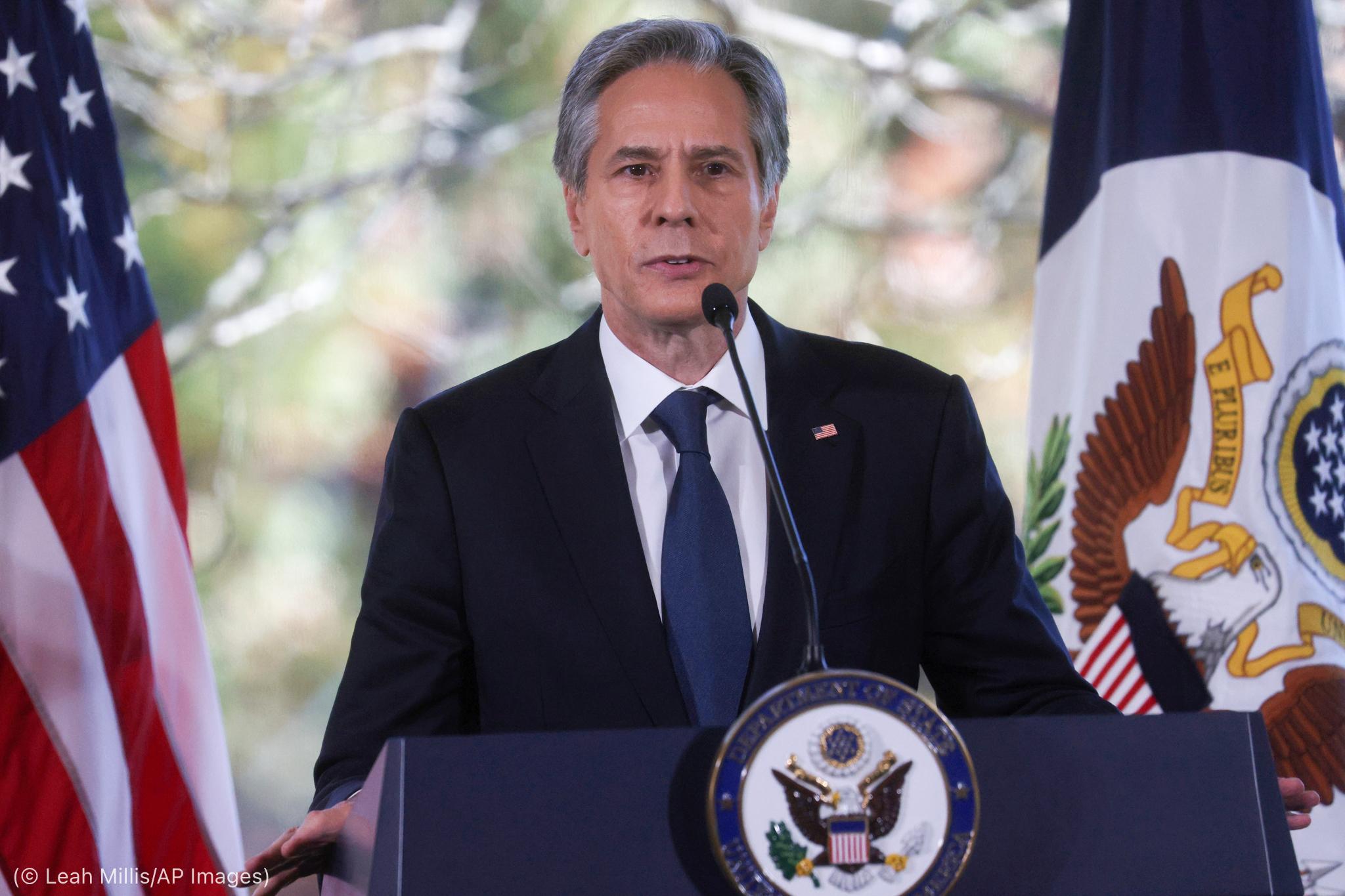 Washington on Tuesday announced additional sanctions targeting the president of Belarus, his wife and kids, as well as a number of Russian officials, the latest in a package of penalties intended to punish the Kremlin and its allies for their unprovoked invasion of Ukraine, TURAN's U.S, correspondent reports.

“We are taking action against this autocratic attack on democracy,” Secretary of State Antony Blinken said in a statement.

Washington "will continue to promote accountability for those who support, enable, and perpetrate human rights abuses in Russia, Ukraine, Belarus, and elsewhere” as the secretary put it.

The move came on the same day Blinken spoke with Azerbaijan's President Ilham Aliyev, during which the Secretary "highlighted the U.S. commitment, alongside other partners, to continue to hold Moscow and its supporters, including the Lukashenka regime in Belarus, accountable for the Kremlin’s unprovoked and unjustified war against Ukraine", per State Department readout.

All property and interests in property owned by Alexander Lukashenko or his wife are now blocked in the U.S., the Treasury Department announced.

Lukashenko, his wife and their children are barred from entry to the U.S.

The State Department on Tuesday also introduced a new visa restriction policy to the Immigration and Nationality Act, barring current and former Russian government officials and their families from entry to the U.S.

38 individuals “believed to be involved in suppressing dissent” in Russia and their families are immediately affected by this visa ban, the Department said.

Other visa restrictions were announced against officers from Russia’s Federal Security Service in Crimea, Russian officials involved in attacks on Chechen dissidents in Europe, and Belarusians engaged in political corruption.

Speaking to local media, Blinken also claimed that "there will be an independent Ukraine a lot longer than there's going to be a Vladimir Putin."

On Tuesday, the Russian Foreign Ministry also announced it would be sanctioning Biden, Blinken and a number of other U.S. officials “on a basis of reciprocity.”

White House spokesperson Jen Psaki said in her response: “None of us are planning tourist trips to Russia, none of us have bank accounts that we won’t be able to access, so we will forge ahead.”

As TURAN's Wasington correspondent has learned from White House officials, President Joe Biden is set to deliver remarks this evening on the assistance the U.S. is providing to Ukraine.

Biden's speech, which is scheduled for 19:45, Baku time, will take place shortly after Ukrainian President Volodymyr Zelensky's high-profile virtual address to members of Congress as Kyiv officials try to build pressure on the Western allies to ramp up military support of their nation under siege.

"Putin’s aggression against Ukraine has united people all across America... and united the freedom-loving world" - Biden said yesterday when signing a historic bill that includes $13.6 billion for Ukraine.

"This war has turned nearly 3 million Ukrainians into refugees, with numbers growing every single day... And that's on top of the 12 million people who require humanitarian assistance inside of Ukraine."

Washington is helping to lead the global humanitarian response "with our partners in Europe and well beyond Europe" - Biden said.

The State Department in its turn also announced on Tuesday that it is providing over $186 million in additional humanitarian assistance to support internally displaced persons and the more than three million refugees affected by Russia’s premeditated, unprovoked, and unjustified war in Ukraine.

“This will provide further support for humanitarian organizations responding to the crisis and complement the generosity of the neighboring countries that are welcoming and supporting refugees.” - Secretary Anthony Blinken said in a statement.