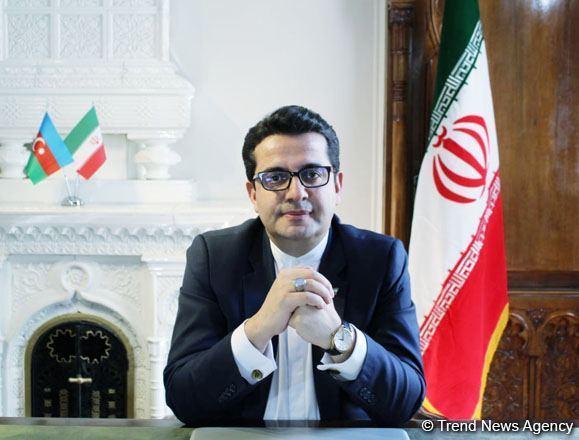 Iran can hold substantive talks on joint development of Caspian energy resources after the ratification of the convention on the legal status of the sea by the Iranian Parliament.

Such a conclusion can be made from the statements of the Ambassador of Iran to Azerbaijan Seyyid Abbas Musavi at the press conference on the 30th anniversary of the establishment of bilateral diplomatic relations and the 43rd anniversary of the victory of the Islamic Revolution.

The Ambassador said that after the meeting of the two countries' leaders in Ashgabat in late 2021 there was a shift in bilateral relations, covering the spheres of politics, economy, security, culture, etc.

When asked by Turan whether it is possible to expect negotiations between Baku and Tehran on the delimitation of the Caspian Sea bottom in its southern part and joint development of energy resources of the sea, the Ambassador noted that a question of the legal status of the sea "is not bilateral but multilateral.

At the same time, the diplomat pointed out that Iran has passed the stages with the procedure of approval of the Convention on the Legal Status of the Caspian Sea and at the last stage its ratification in the Parliament is expected.

"After the solution of this issue we will be able to talk comfortably about the joint exploitation of energy sources. At the same time, there is one source on which there is no disagreement, and its development can be carried out on a bilateral and multilateral basis," the Ambassador said.

He did not specify which field or structure he was referring to, as saying that "the name of this energy source will be made public soon.