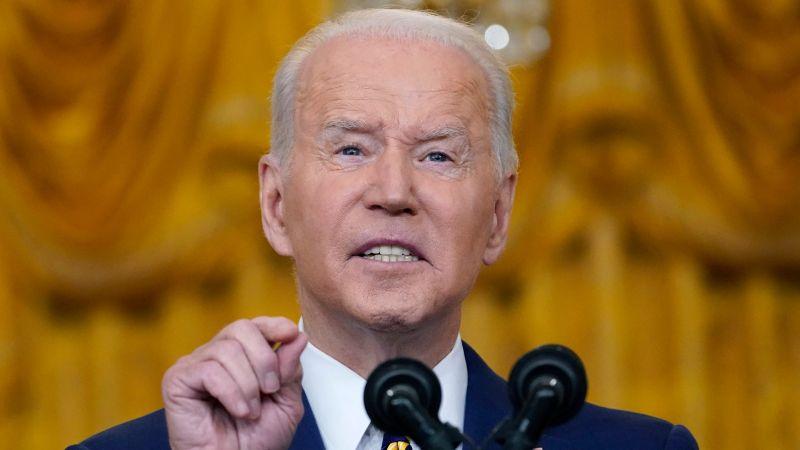 In a grim assessment that the diplomacy and threats of sanctions were unlikely to stop the Kremlin from sending troops across the border, U.S. President Joe Biden stated on Wednesday that he now expected Russian President Vladimir Putin would order an invasion of Ukraine, TURAN's Washington correspondent reports.

“Do I think [Putin] will test the West, test the United States and NATO, as significantly as he can? Yes, I think he will,” Biden told reporters during a nearly two-hour press conference at the White House.

“But I think [Putin] will pay a serious and dear price for it that he doesn’t think now will cost him what it’s going to cost him. And I think he will regret having done it,” the President added.

When asked to clarify whether he was accepting that an invasion was coming, Biden said: "I'm not so sure he has -- is certain what he's going to do. My guess is he will move in. He has to do something," acknowledging later that Mr. Putin’s move might not amount to a full-scale invasion of the country.

Still, Biden's comment went well beyond the current intelligence assessments described by administration officials, which seemed to have concluded that Putin had not made a decision about whether to invade. The U.S. President also sparked confusion and intense criticism over suggestions that Russia would face lesser consequences for launching a “minor” attack against Ukraine, prompting the White House to quickly try to clean up the remarks.

“If any Russian military forces move across the Ukrainian border, that’s a renewed invasion, and it will be met with a swift, severe and united response from the United States and our allies,” Jen Psaki, the White House press secretary, issued a clarification following the president's news conference, adding that Biden would treat any move over the border as an invasion — but was reserving judgment on how NATO would respond to other kinds of attacks. She also added that cyber attacks and paramilitary action might be treated differently, “with a decisive, reciprocal and united response.”

In her term, Emily Horne, a spokesperson for the National Security Council, issued a Tweet following the press conference, emphasizing Biden was distinguishing between military and nonmilitary actions, such as cyber attacks that would be met with a reciprocal response.

Biden’s news conference came just hours after Secretary of State Antony Blinken met with Ukrainian leaders in Kyiv, urging the Ukrainian people to "stick together" and to "hold on to [their] unity, to strengthen it" as the country faces the possibility of renewed Russian aggression.

"Don’t let Moscow divide you. That means that leaders inside and outside Ukraine’s government have to put aside their differences in favor of the shared national interest and work together to prepare for what could be difficult days," Blinken said.

"As you stand up to efforts to divide, to intimidate, to threaten, the United States stands with you resolutely in your right to make decisions for your own future, to shape that future as Ukrainians for Ukraine."

Blinken is scheduled to meet his counterpart Sergey Lavrov in Geneva on Friday.