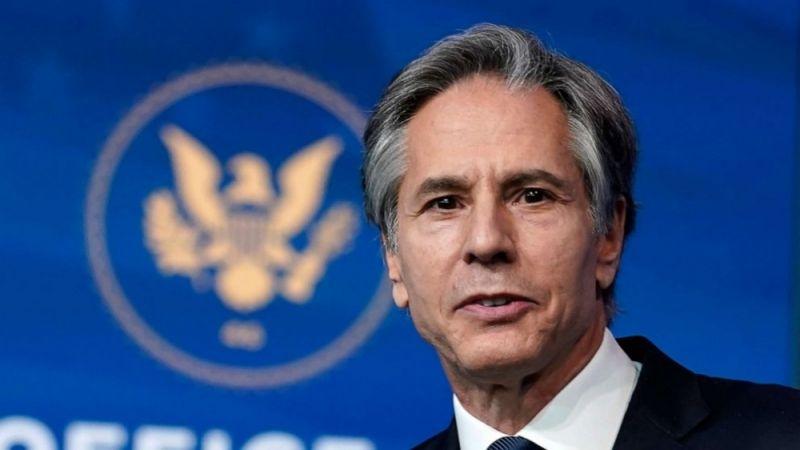 Washington on Tuesday warned that Russia could carry out an attack on Ukraine "at any point," TURAN's U.S. correspondent reports.

"This is extremely dangerous. We are now at a stage where Russia could, at any point, launch an attack on Ukraine," Senior State Department Official told reporters at a briefing, citing Moscow's recent actions to amass 100,000 troops on the border with Ukraine and to recently move forces to Belarus for joint military drills.

Washington has "been clear" meaningful progress on the diplomatic track can only happen in an environment of de-escalation. "But we've seen the exact opposite from Russia, including during and after our diplomatic engagements in Europe earlier this month..."
"President Putin created this crisis by amassing 100,000 Russian troops along Ukraine's borders. This includes moving Russian forces into Belarus over the weekend. This is neither an exercise nor normal troop movement. It is a show of strength designed to cause or give false pretext for a crisis as Russia plans for a possible invasion," the official said.

Following a week of intensive diplomatic discussions between the U.S., its NATO allies and the Russians in an effort to defuse tensions, Secretary of State Antony Blinken is headed to Kyiv and Berlin to meet with Ukranian and German leadership. The Secretary also plans to meet with Russian FM Sergey Lavrov this Friday. Blinken and Lavrov spoke by phone on Tuesday and agreed to meet.

Washington plans to urge the Russians to deescalate the situation and take the diplomatic path, the State Department official said. reiterating that there would be significant consequences should the Kremlin choose to invade Ukraine.

"Russia has two choices – diplomacy and de-escalation or escalation and massive consequences.  The United States remains committed to diplomacy and believes it is the best and most responsible way forward."

"I think it is still too early to tell if the Russian government is genuinely interested in diplomacy, if it is prepared to negotiate seriously in good faith, or whether it will use discussions as a pretext to claim that diplomacy didn't address Moscow's interests," the official added.

Should Russia further invade Ukraine, "we will provide additional defensive material to the Ukrainians above and beyond that which we are already in the process of providing" - the official said.

The Biden administration is also watching with concern Russian troop movements to Belarus, which they fear could be used to attack Ukraine from the north, another senior State Department official told reporters Thursday afternoon.

Washington is worried that Russia could be preying on Lukashenko's vulnerability.

"Over time, Lukashenko has relied more and more on Russia for all kinds of support, and we know that Putin doesn't give that support for free... What levers of control does Lukashenko still hold, and how much of that control has he passed to Russia?  Is he even a part of the decision making about how Belarusian territory is used?  So these are the kinds of questions that are on our minds as we look at these exercises that are underway and as we observe the political dynamics inside Belarus." - the official added.