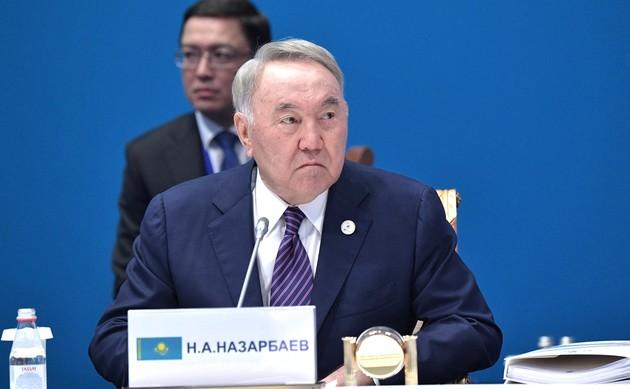 A video message from the national leader, whom many already considered dead, appeared on Tuesday on social media.

"The January events shocked the whole of Kazakhstan," Nazarbayev said in the video message. "The goal ... was to destroy the integrity of the country and the foundations of the state."

He called the mass protest a "tragedy," which "became a lesson for all of us" and urged "to protect independence like the apple of one's eye" and to find out "who organized all these demonstrations and murders." Nazarbayev also expressed condolences to the families of the victims.

He also responded to "numerous appeals" regarding his role during the unrest. In the statements, Nazarbayev noted that he did not consider it necessary to interfere in the situation and even appear in public as he handed the presidential lever to his successor Kassym-Jomart Tokayev in 2019.

"I am on a well-deserved rest in the capital of Kazakhstan and have not left anywhere," Nazarbayev assured.

In addition, Nazarbayev tried to refute the rumors about conflict among Kazakhstan's elite. He stated that Tokayev "possesses full power" and will soon be elected chairperson of the Nur Otan party, because, in his words, "there is no conflict or confrontation in the elite."

"President Kassym-Jomart Tokayev has full authority. He is the chairman of the Security Council. Soon the president will be elected chair of the Nur Otan party. So there’s no conflict or standoff in the elite. The rumors on this subject are absolutely groundless," Kazakhstan’s first president said.

At the end of the monologue, Nazarbayev reminded the people of Kazakhstan about his merits: "For 30 years, I have been working tirelessly for the sake of our motherland." He listed the achievements: "strengthened the borders," "carried out progressive reforms," "built an independent Kazakhstan" and "achieved good results in the socio-economic sphere."

"Kazakhstan has become a recognizable and authoritative state," he said, adding that his goal has always been stability and tranquility for the country, and all the people "need to protect these enduring values." He called for unity around the president and support for his reform agenda.

"I wish you, dear compatriots, health and prosperity!" he concluded.