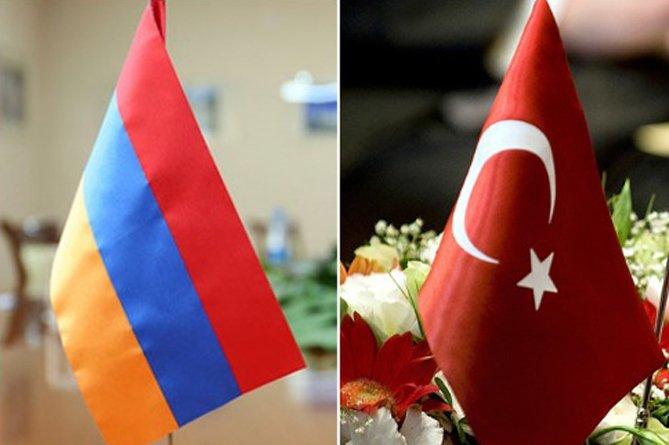 Today, in Moscow, Deputy Foreign Minister of the Russian Federation Andrey Rudenko held separate meetings with the special representatives of Armenia and Turkey, Ruben Rubinyan and Serdar Kilych, on the issues of normalizing bilateral relations. Direct contact also took place between the Armenian and Turkish special representatives. Smolenskaya Square reports that the parties showed their readiness to conduct a dialogue in a constructive, non-politicized manner, in the spirit of openness and focus on practical results, moving "in small steps" from simple to complex. It was agreed to continue the search for common ground for the benefit of the peoples of the two countries, in the interests of regional stability and economic prosperity.

The success of talks that begin Friday in Moscow to normalize ties between Armenia and Turkey can be measured in the distant village of Margara, Bloomberg writes.

Its 1,500 Armenian residents are separated from Turkey by a narrow bridge across the Arax River that’s been sealed for decades by barbed-wire fencing, bar a brief period after the 1991 collapse of the Soviet Union. The fresh attempt by the longtime foes to overcome more than a century of enmity and open the border stirs mixed emotions here.

“It’s a positive development, we can’t be in isolation forever,” said Arusyak Muradyan, 59, who heads Margara’s school. Anahit Saghatelyan, 41, who runs a village shop, said she’s against opening the border. “People say it will be good for trade but I don’t believe it,” she said. “We won’t be the ones who will benefit.”

60-year-old Jambul Gasparyan held a phlegmatic view of the talks with Turkey. “They are our enemies,” he said. “We don’t like the idea of the border opening, but it will boost trade and ordinary people will gain from it.”

The catalyst for the attempt to establish diplomatic relations was Armenia’s defeat to neighboring Azerbaijan in the 2020 war over the long-disputed enclave of Nagorno-Karabakh. Turkey, which sealed the border in 1993 in solidarity with Azerbaijan, gave military support to its ally in the war and argues that Baku’s victory means the conflict is no longer an obstacle to talks with Armenia.

An agreement to forge ties and open borders would help build stability in the often turbulent Caucasus region that’s a vital crossroads for energy pipelines carrying oil and gas from the Caspian Sea region and central Asia to Europe bypassing Russia. It’s also touted as a transport corridor for goods between Europe and China.

The bitter legacy of the 1915 killings of 1.5 million Armenians in the former Ottoman Empire that the U.S., Russia, France and many other nations recognize as genocide, a characterization Turkey rejects, won’t be on the agenda. Genocide recognition “has never been a precondition for normalization of relations with Turkey,” Armenian Prime Minister Nikol Pashinyan told a Dec. 24 news conference.

Armenia expects the talks hosted by Russia to kick off a process with Turkey that leads to the establishment of diplomatic relations and the opening of their border, Foreign Ministry spokesman Vahan Hunanyan said Thursday.

Still, the two sides have been here before. A 2009 attempt at “football diplomacy” when Armenia and Turkey played each other in soccer World Cup qualifying games led to a visit by the then Turkish president to Yerevan to watch the match alongside his Armenian counterpart, who made a reciprocal trip to Turkey.

But the initiative fizzled out in 2010 as the two sides failed to ratify a U.S.-backed road map for establishing ties and opening the border.

Landlocked Armenia is pursuing relations with its bigger neighbor now to “overcome isolation” that threatens its economic recovery from the Covid-19 pandemic, said Richard Giragosian, director of the Regional Studies Center, a think tank in Yerevan. “A second factor stems from the new post-war reality and the process of restoring regional trade and transport” links in the Caucasus, he said.