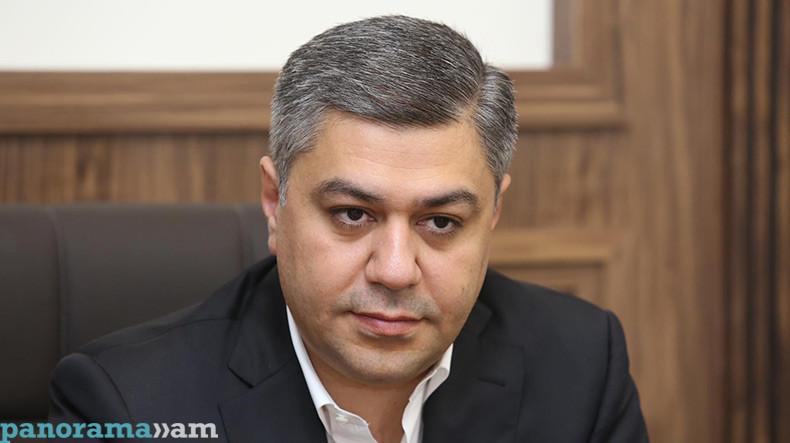 Head of the opposition With Honor faction Artur Vanetsyan cancelled his working visit to the U.S. as part of the delegation of the Armenian National Assembly, Sos Hakobyan, the spokesman for the Homeland Party led by Vanetsyan, said on Friday.

In a Facebook post, he explained that the reason for the cancellation was the ruling Civil Contract faction's decision not to include Vanetyan in the list of participants in an important meeting.

"A few hours before the trip, Artur Vanetsyan was informed that three members from the Armenian side would attend the meeting with U.S. House Speaker Nancy Pelosi, and Vanetsyan was not among them,” the spokesman wrote.

“The authorities decided that there was no need for an opposition member at the meeting with the speaker of the House of Representatives, and the Armenian side will be represented by Speaker of the National Assembly Alen Simonyan, Civil Contract faction head Hayk Konjoryan and Armenian Ambassador to the U.S. Lilit Makunts," Hakobyan noted.

Under those circumstances, Artur Vanetsyan considered his departure to the U.S. inexpedient and cancelled his business trip.

“Such a workstyle of the authorities is unprecedented and unacceptable, especially taking into account the parliamentary system of government of the Republic of Armenia,” the spokesman said, adding it “inflicts a blow" to Armenia’s international standing.

“The motives for such a decision are also thought-provoking: is it only a matter of the authorities’ perverted perception of democracy, intolerance of dissent and disrespect for the opposition, or is there an intention to hide the content of the meeting?

“We condemn such a conduct, considering it a blow to the reputation of the Republic of Armenia. This permissiveness must be rooted out in all possible ways. We will properly inform our international partners about all this,” Hakobyan said.