Zakharova: No way to cast a shadow on our peacekeepers in Karabakh 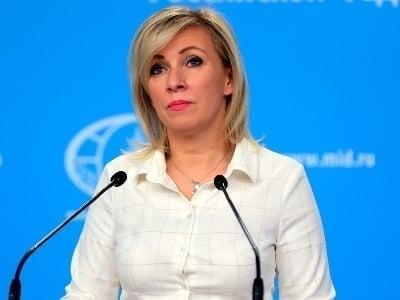 Russian Foreign Ministry spokesperson Maria Zakharova said that it will be impossible to cast a shadow on Russian peacekeepers because their work is well-coordinated and clear, and in the interests of the crisis settlement.

Her remarks came when asked about Azerbaijan's attempts to cast a shadow on the activities of Russian peacekeepers in Artsakh by arranging provocations in Artsakh communities targeting civilians.

She added that it is more correct to ask the question to the representatives of Russian peacekeeping contingent in Karabakh, because peacekeepers are in constant contact with both sides and investigate the incidents if needed.

On January 10 the Azerbaijani side roughly violated the ceasefire regime again, bombarding the civilians and civilian objects in the communities Karmir Shuka, Tagavard of Martuni and Nakhichevanik village of Artsakh Republic.