Russia-NATO Council meeting may be held on January 12 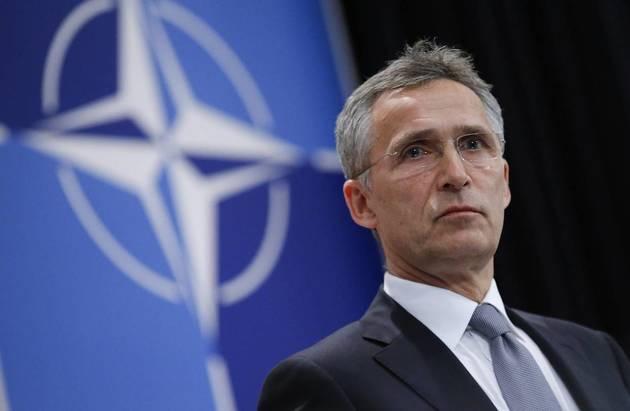 NATO is in contact with Moscow on this issue, said the agency's interlocutor. Also on January 12-13, Brussels will host a meeting of the NATO Military Committee at the level of the chiefs of general staff of the alliance member states.

On Tuesday, Stoltenberg said that that NATO was proposing to the Russian Federation to hold a meeting of the Russia-NATO Council to discuss the situation in Ukraine in early 2022. On Friday, Russian Foreign Ministry spokesperson Maria Zakharova confirmed that a corresponding proposal from the alliance had been received in Moscow and was being considered in practical terms.

The NATO secretary general says that the alliance will not have a compromise with Russia on the right of Ukraine to "choose its own path" and apply for joining the alliance.

“It is precisely the non-expansion of NATO and the non-emergence of weapons systems that threaten our security at the Russian borders that are the main, key issues in the upcoming negotiations with the United States and NATO”, said in Zakharova’s comment.

On Sunday, Russian Deputy Foreign Minister Alexander Grushko told TASS that the timing, format of the Russia-NATO Council meeting and the composition of the Russian delegation are being worked out.

"Since we are talking about military security issues, it is fundamentally important that high-ranking military personnel take part in the RNC meeting," Grushko stressed.

Let us remind you, on December 17, the Russian Foreign Ministry published draft treaties with NATO and the United States in the field of security. The documents indicate that further expansion of the alliance to the east and the entry of the countries of the former USSR into it are excluded. In addition, the draft agreement provides for the alliance's refusal to carry out any military activities in the countries of Eastern Europe, including Ukraine, the countries of the Caucasus and Central Asia.

A new round of confrontation may occur if the United States and its NATO allies do not respond to proposals for security guarantees, Russian Deputy Foreign Minister Sergey Ryabkov said .