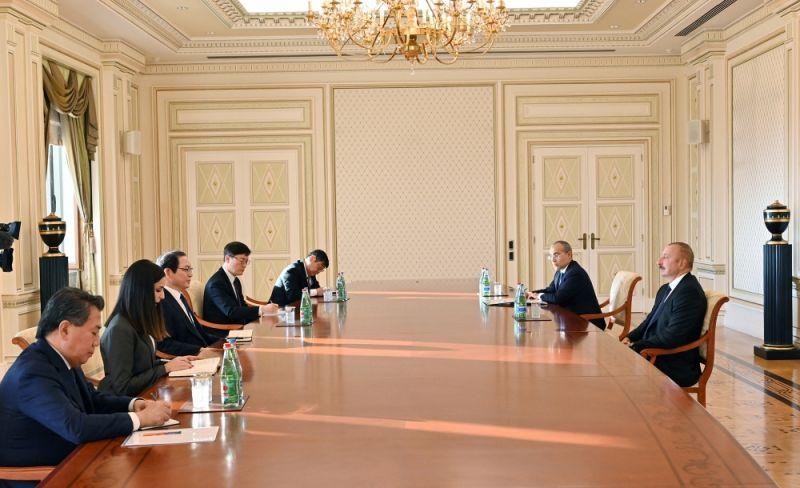 President Ilham Aliyev received on Monday the chairman of the Committee on Northern Economic Cooperation under the President of South Korea with the status of Minister, Chong Soo Park.

President I. AliyevAliyev expressed his confidence that high level of political relations between the two countries will have a positive impact on cooperation in all other areas.

Note that Korean companies have been successfully working in Azerbaijan in different spheres, including the implementation of large-scale industrial infrastructure projects.

According to him, presentation of works to be done in the liberated lands of Azerbaijan will take place in the near future in South Korea. This is done with an aim to attract Korean companies to reconstruction projects.

For his part, Chong Soo Park informed the President that the Committee headed by him covers 14 countries, including Azerbaijan. He emphasized the favorable geographical location of Azerbaijan which is a transport hub connecting various international destinations and the Caspian Sea.

During the meeting, they talked about Azerbaijan's role in transport corridors East-West and North-South, including cooperation opportunities in bilateral and multilateral formats. The parties exchanged views on the prospects of relations in various fields, including renewable energy, transport, logistics and tourism.