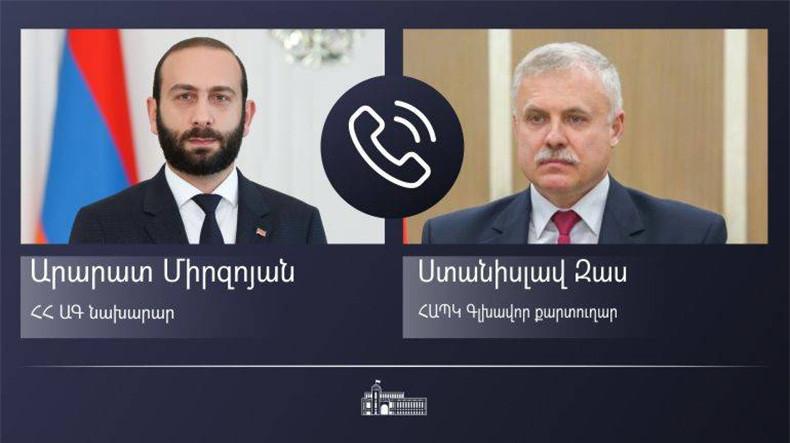 On November 18, Foreign Minister of Armenia Ararat Mirzoyan held a phone conversation with CSTO Secretary General Stanislav Zas. As the press department at the foreign ministry report, Minister Mirzoyan stressed that Azerbaijan has launched another aggression against the sovereign territory of Armenia. He added that since the trilateral statement from  November 9, 2020  the Azerbaijani military-political leadership disrupts through its provocative actions the regional security and stability as well as Armenia's efforts aimed at deescalation of the situation.

The interlocutors discussed the possible consideration of steps within the framework of the mechanisms and tools of the CSTO in order to stabilize the situation in the eastern border of the Republic of Armenia.