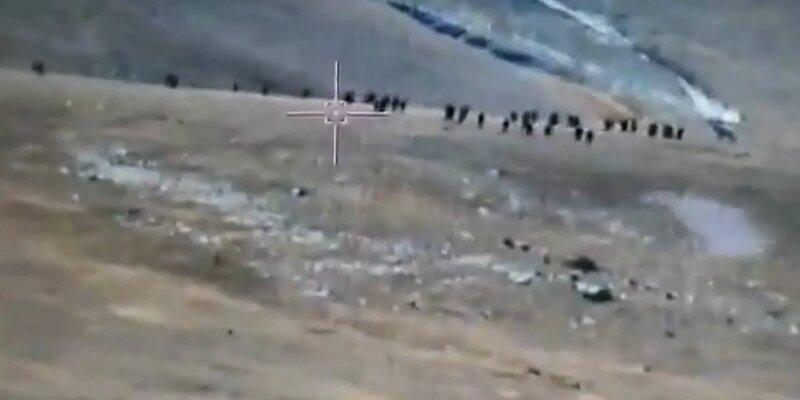 Armenian soldiers are leaving their positions in panic, the Azerbaijani Defense Ministry reported.

"Any combat activity of the opposite side across the state border is being observed by our units. It is observed that Armenian servicemen are leaving their positions in fear and panic, and there is panic among the personnel. Live forces and military equipment of Armenian armed forces gathering across the border are under target," the ministry noted.

Combat equipment belonging to the opposite side has been destroyed. The operational-tactical advantage is on the side of the Azerbaijani Army units.

The ministry stressed that Armenian political-military leadership bears responsibility for the tension that occurred on the border.