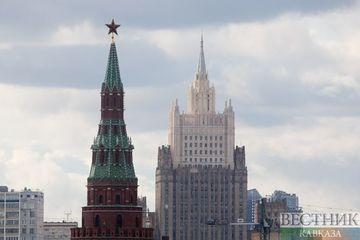 Russia is concerned about a series of provocations staged by the U.S. and its allies in the Black Sea in an attempt to put Moscow to the test, Russian Deputy Foreign Minister Sergey Ryabkov told reporters on Thursday following a meeting with members of an inter-faction parliamentary group led by First Deputy Head of the United Russia faction Adalbi Shkhagoshev.

The senior diplomat pointed out that Moscow "is indeed concerned about the developments in the Black Sea region." "It's a non-stop series of provocations staged by the United States, its NATO allies and some of their regional clients," he said, adding: "It's like playing with fire, it is another attempt to put us to the test."

"Our defenses are strong. We see through these plans. We are prepared to push back against them but unfortunately, we have to say that our colleagues from the other side ignore the obvious and logic that says that the risks of confrontation are on the rise," Ryabkov noted.

The deputy foreign minister noted that Russia conducted "training activities" "on its own territory." "The question is, what are US ships doing in the Black Sea, thousands of miles away from their home bases? Explanations that it's all for the sake of freedom of navigation won’t work," Ryabkov emphasized.