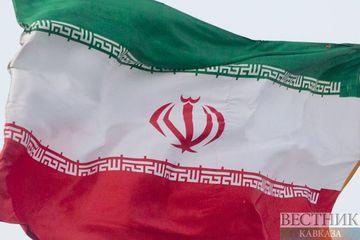 Iran's Foreign Ministry Spokesperson Saeed Khatibzadeh deplored a statement from the U.S., the UK, France and Germany about Tehran’s nuclear activities, which he said contains unconstructive stances and is divorced from reality, stressing that Iran produces enriched uranium metal for peaceful purposes.

In a statement on Monday, Khatibzadeh reaffirmed the peaceful nature of Iran’s nuclear activities, saying Tehran is not after building nuclear weapons as such weapons have no place in its defense doctrine.

"Iran has always emphasized at the highest level that based on a Fatwa by Leader of the Islamic Revolution Ayatollah Seyed Ali Khamenei regarding the prohibition of production and use of nuclear weapons, it will never be after building nuclear weapons," he added, according to the government’s website.

His comments came after the leaders of Germany, France, the UK and the US expressed their growing concern about Iran's nuclear program after meeting on the sidelines of the Group of 20 summit in Rome. The four leaders claimed that Iran "has accelerated the pace of provocative nuclear steps, such as the production of highly enriched uranium and enriched uranium metal."

In his comments, Khatibzadeh said Iran, as a responsible member of the Non-Proliferation Treaty (NPT) and a member of the International Atomic Energy Agency, has always cooperated properly with this technical and specialized body within the framework of safeguards and has fully complied with its obligations even until a year after the illegal and irresponsible withdrawal of the US from the Joint Comprehensive Plan of Action (JCPOA).

Iran welcomed other parties' intension to return to their commitments, he said, adding that the other parties' actions would be the criterion for Tehran.

Contrary to its announced positions, the new US administration is following the policy of maximum pressure that leads to new sanctions or the re-imposition of previously lifted sanctions, he deplored.

After the necessary time for the establishment of the new administration and doing appropriate investigations, as well as consulting with partners and the JCPOA Joint Commission coordinator, it was announced that negotiations to lift the sanctions will begin before the end of November, the spokesman added.

On the production of metallic uranium and highly enriched uranium (HEU), mentioned in the statement from the EU3 and the US, Khatibzadeh said that as previously stated, it has been for peaceful and non-military purposes, including medical use and fuel supply to the Tehran Research Reactor.

Such stances that are divorced from reality will not result in constructive results, Khatibzadeh warned.

He termed the so-called nuclear crisis, which is exaggerated in that statement, as a propaganda campaign, Tasnim reported.

The spokesman went on to say that the current situation is the result of irresponsibility and lack of commitments by the governments which have issued the statement, noting that the US’ illegal withdrawal from the JCPOA and violation of the UNSC Resolution as well as the European parties' inaction have led to the current conditions.