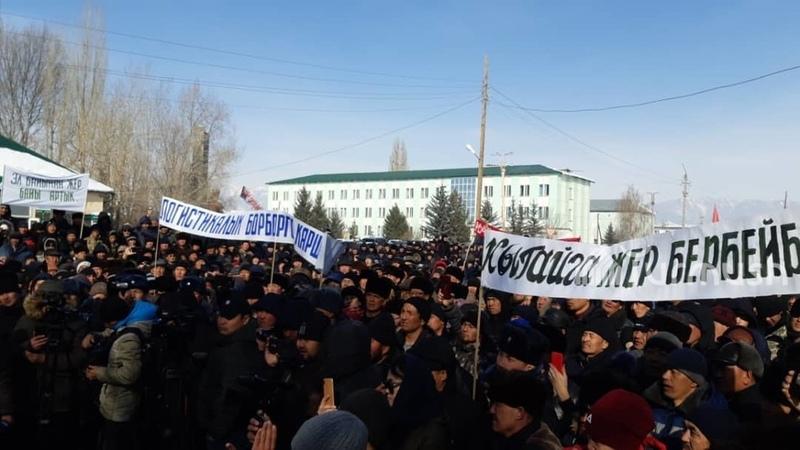 The Chinese company "Kyrgyz-Chinese free trade zone At-Bashi" announced its withdrawal from the project on construction of the logistics center in At-Bashi district of Naryn region following the protests by locals, CEO of the Naryn free economic zone Artur Baiterekov said, according to AKIpress.

The contract on rental of land plot of 200 hectares for 49 years was recalled.

The investor now demands back 43 million soms it invested in the project.

Groundbreaking ceremony of the At-Bashi logistics center was held in December 2019. The project was estimated at $275 million. The government expected that the center would become one of the most modern and largest logistics centers in Central Asia creating at least 10,000 jobs.

But locals protested this logistics center fearing takeover of 200 hectares by Chinese investors, although such reports were denied by authorities.