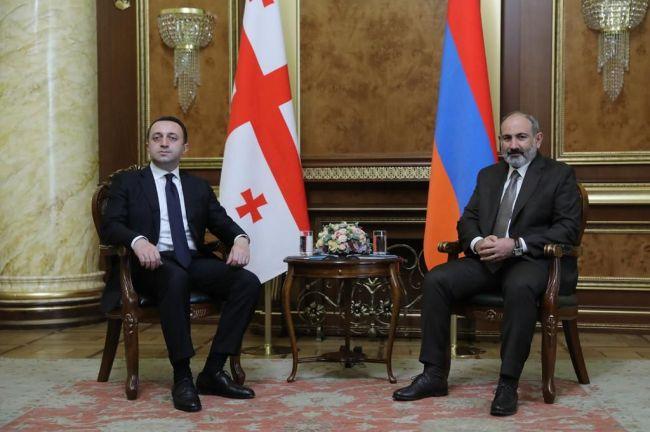 On September 24, 2021, Georgia announced the launch of the Peaceful Neighborhood Initiative to promote stability in the South Caucasus region. Speaking at the United Nations General Assembly, PM Irakli Garibashvili said it would facilitate dialogue and confidence-building and lead to practical solutions to regional issues of common interest with Georgian US and EU partners. Georgia put forward this initiative amidst the ongoing discussions about establishing the 3+3 format (Armenia, Azerbaijan, Georgia, Russia, Turkey and Iran) to find solutions to the regional conflicts.

The idea to establish regional security platforms is not a new one. In 2008, immediately after the Russia–Georgia war, then Turkish Prime Minister Erdogan put forward the idea of the “Caucasus stability and cooperation platform” initiative while visiting Moscow. This idea never materialized but was among much-discussed issues by the expert community. Immediately after the end of the 2020 Artsakh War, Turkey and Azerbaijan almost simultaneously put forward the idea of establishing a 3+3 format. This move was widely perceived as an attempt to further restrict the west’s involvement in South Caucasus geopolitics after the war. The EU and the US were absent during the hostilities and were not involved in preparing the November 10, 2021 trilateral ceasefire statement. Russia and Iran supported this idea, while the Georgian reaction was negative. Georgian authorities stated that they could not participate in any format with Russia, which continued its occupation of Georgian territories. The western partners of Georgia also advised Tbilisi to reject this idea.

Meanwhile, the Armenian position was relatively ambivalent. PM Nikol Pashinyan stated in the National Assembly that Armenia needed more information about this platform before making any final decision. Armenia has growing concerns that the 3+3 platform would become a parallel venue along with the OSCE Minsk Group to discuss and make decisions on Karabakh, akin to the Astana format for Syria, established by Russia, Turkey and Iran in 2017. The problem for Armenia is that the Minsk Group has elaborated principles and elements for the settlement of the Karabakh conflict which envisage the final determination of Nagorno Karabakh’s status through the legally binding expression of will, while the 3+3 format will start discussions on Karabakh taking into account the new reality formed as a result of the 2020 Artsakh War.

Georgia’s Peaceful Neighborhood Initiative can be seen as an attempt to neutralize the 3+3 format, especially Russia’s involvement. The Georgian idea is to bring together Armenia, Azerbaijan and Georgia first and then invite other players if necessary. It means that, at least theoretically, Russia can be left out as Georgia will always have veto power over whom and when to invite. Most probably, Georgia discussed this initiative with its western partners before putting it forward. Late last month, Prime Minister Gharibashvili visited Baku and discussed this idea with Azerbaijani leadership. Then, he traveled to Yerevan on October 9. According to the website of the Georgian government, the initiative was at the center of discussions in Yerevan between the two prime ministers. During the meeting, the prime minister of Georgia reaffirmed a readiness to continue an active facilitation role to ensure peace, stability and the gradual transformation of the South Caucasus into a region of new opportunities, development and peace.

Theoretically, these ideas—3+3 format and peaceful initiative by Georgia—can move forward in parallel. Turkish President Erdogan hinted that if Georgia rejects the 3+3 format due to its tense relations with Russia, the 3+2 format may be established instead. However, both these formats are problematic from an Armenian perspective, as at least Azerbaijan may seek to use them as a replacement for the OSCE Minsk Group. However, given the Russian consent to the 3+3 format, Armenia may use the Georgian initiative as a tool to postpone its final answer to this offer. Armenia may say that it needs more time to evaluate the pros and cons of these suggestions, and only after that, it could make a final decision. Armenian vital interests require the continuation of OSCE Minsk Group activities with a focus on the status of Nagorno Karabakh. If the Minsk Group discusses only humanitarian issues (demining, confidence-building measures, etc.), Armenians will continue to leave Artsakh. Azerbaijan has a clear strategy to settle as many Azerbaijanis as possible in the former Nagorno Karabakh Autonomous Oblast territories, which they occupied during the 2020 war to shift the demographic of Karabakh significantly. Under current circumstances, Armenia should do its best to reactivate the OSCE Minsk Group while rejecting attempts to launch parallel structures. In this context, the Georgian initiative may be helpful for Armenia.