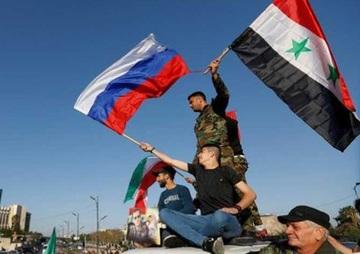 As a tradition in the modern world the Middle East remains unstable. Continuous political turbulence in the region extinguishes all of previous leaders and appoints new ones, who with the Fortuna’s blessing were able to use their opportunities efficaciously. During the last couple of decades we have witnessed a number of coups d’etat, revolutions, counter revolutions and international interventions each with varying degrees of success.

Modern Diplomacy reports that regional power balance has lived through constant change however one of the players has managed not only to stay on top but overtake his counterparts. That powerhouse became Russia, the influence of which has grown the most compared to other parties in the Middle East.

Certainly, the Russian authorities didn’t have to start from scratch. Moscow took advantage of Soviet inheritance of friendly relationships and military cooperation with Arab countries. However, the modern strategy of Russia is far more sophisticated. Within the framework of developing its presence in the region the Russians combine political prowess, military might and soft power. All of the mentioned are a part of hybrid warfare concept, which is not an exclusive Russian stature, but Kremlin excels at it. Besides, Russia has one clear advantage against other world superpowers – consistency.

A great example of those principals is the Russian engagement in Syrian conflict. The first stage in the grand plan was a military operation, which stabilised Bashar Assad’s grip on power, restricted influence of the armed opposition and diminished capabilities of ISIS. The distinguishable features of the operation were active use of the aviation and precision weaponry in addition to the use of the newest types of weapons and advanced tactics. The success achieved by the military means was further developed by Russian political initiatives most notably during meetings in an unprecedented Astana format, which gathered together at a negotiation table Russia, Turkey and Iran. As a consequence this format became a substitution to the dead-end UN Geneva process. Along with that, to protect its interests Moscow has successfully capitalised on bilateral relations. The agreements made between Russia and Turkey became a main factor to reconciliation of situation in the Idlib province. Additionally, Russia serves as a mediator between Iran and Israel in the southern regions of Syria.

Whereas in Libya Russia did not believe it was necessary to conduct a full-scale military operation, however the principles stayed the same. The Russian side, which from beginning has supported Halifa Haftar’s Libyan National Army, regularly receives representatives from both sides of the conflict and notably Russian Ministry of Defence plays an active role in the negotiation process. LNA has gained some crucial allies such as Egypt and United Arab Emirates in consequence of the efforts of the Russian military.

Turkey became a main adversary of Russia in both Syria and Libya. Moscow and Ankara have managed to secure their cooperation despite periods of escalated tensions between the countries, i.e. after a Russian jet was shot down by Turkish-backed militants. Unchallenged success was Turkey leadership’s decision to purchase S-400 missile complex in spite of pressure from US. In addition to that, Turkey has chosen Russia as partner to build a nuclear plant in Akkuyu. Even president Erdogan doesn’t allow himself to openly badmouth his Russian counterpart, whereas the Turkish leader voices bitter complaints about a “bad start” in the relationship with the head of the White House.

Along active interference in the aforementioned domains Russia manages to sustain its relationships with the countries of the Persian Gulf. This concerns not only the Organization of Petroleum-Exporting Countries but also military technical cooperation including the participation of Arab countries in the “Army Games” organised by the Russian military. The vast network of contacts allows Russia to play on contradictions between Saudi Arabia, United Arab Emirates, Qatar and Turkey.

Russians became firmly entrenched in the Middle-East by dual-wielding their diplomatic and military capabilities. Thanks to clever positioning Russia can now secure its goals by simply waiting for their opponents to make a mistake. This is what happened in Afghanistan where the political vacuum left after the US withdrawal provided Russia with an opportunity to declare its readiness to facilitate the settlement process. Contacts with the Taliban established beforehand and Russia’s solid relationships with China and Qatar became an additional advantage.

Ultimately, consistency and succession of Russian middle-eastern policy at the head of which is usually the Armed Forces of Russian Federation, has provided numerous solid opportunities for Moscow to promote its interests in the region. Opposed to its rivals Russia has achieved the consolidation of its position and that is undisputed argument for the effectiveness of Kremlin’s strategy.